16 Days in WA to Stop Violence Against Women 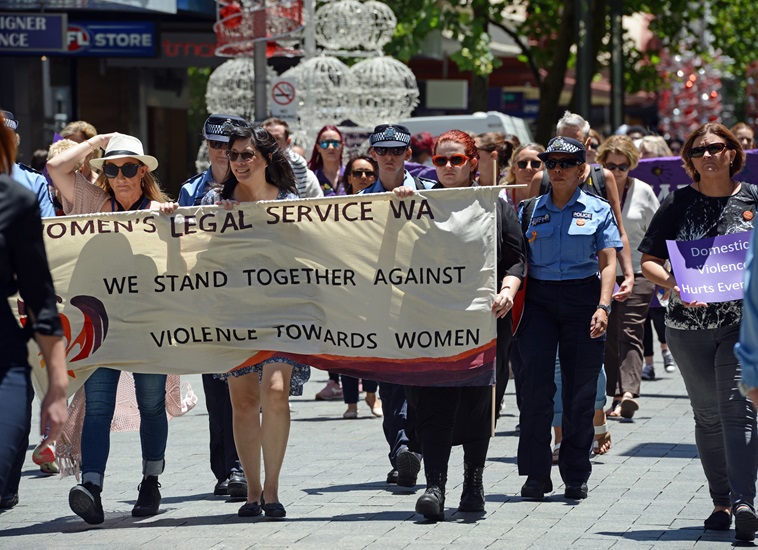 The initiative aligns with the United Nations’ supported 16 Days of Activism Against Gender-Based Violence international campaign to end violence against women and girls across the world.

This year’s theme is “Orange the World: Generation Equality Stands against Rape”. The campaign encourages individuals and organisations around the world to call for global action to increase awareness, enhance advocacy efforts and share knowledge to help end gender-based violence.

In collaboration with the Department of Communities and various non-government family violence services, the Mandurah Family Violence Team has organised a colour run and water slide at the Safety Bay Senior High School to mark the end of the 16 days on 10 December 2019.

Last week, WA Police Force Officers walked with community members to demonstrate solidarity against family violence and to honour the women, men and children who have died at the hands of a family member this year at the 29th Annual Silent Domestic Violence Memorial March in Perth.