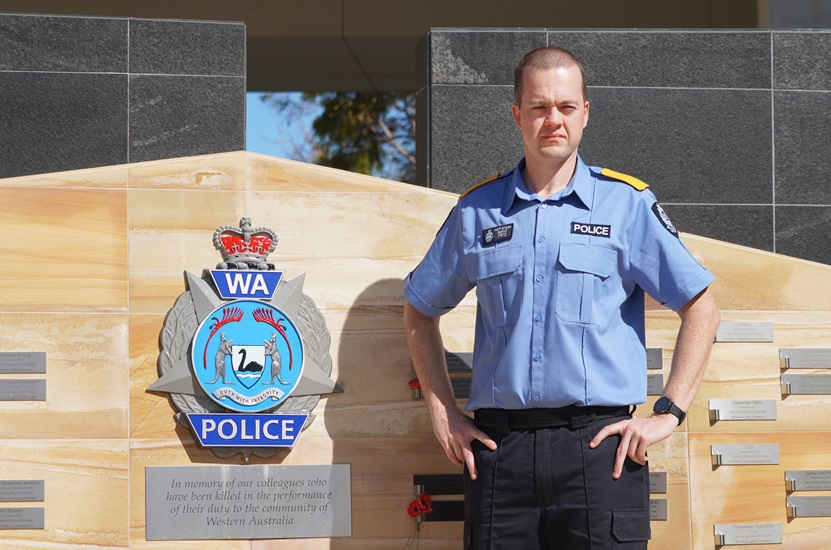 A proud family tradition continued at the WA Police Academy graduation when recruit Matt Bowen graduated as the sixth member of his family to join the Western Australia Police Force.

35-year-old Matt is the son of Detective Sergeant Geoff Bowen, who was murdered in the National Crime Authority bombing in Adelaide in 1994.

The killer was finally brought to justice only a few weeks ago, while Matt was training at the Academy.

The Gold Squad recruit fulfilled his lifelong ambition tonight, not only following in his father’s footsteps, but joining his step father, uncle, brother and sister-in-law into the ranks. Matt aspires to serve in regional Western Australia and become a detective.

13 of last night's recruits are from a policing family.

If you can see yourself as part of the blue family, visit letsjoinforces.wa.gov.au