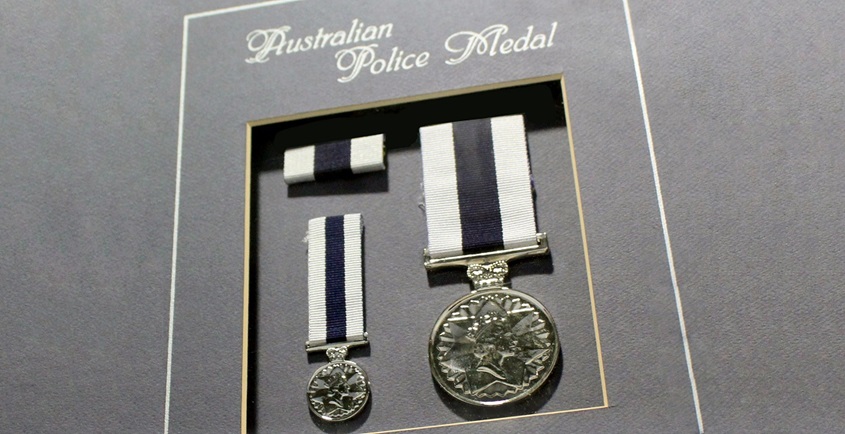 The Western Australia Police Force is proud to announce the recipients of the Australian Police Medal for the 2020 Australia Day Honours.

Police Commissioner Chris Dawson said these four officers are worthy of the most prestigious medal granted to officers under the Australian Honours system.

“This group represents the very best of officers upholding their duty to the community, making a positive impact that will be felt for generations to come,” the Commissioner said.

“They are all respected leaders in their respective roles and are actively shaping the future of policing in Western Australia.”

Deputy Commissioner Blanch commenced his policing career with Victoria Police, serving in both uniform and detective specialist areas. In 2005 he was seconded from Victoria Police to the role of Senior Investigator with the Australian Crime Commission (ACC) in Melbourne. He was subsequently appointed Investigations Manager for High Risk Crime Groups, holding this position from 2006 - 2014. During this time he served as head of Taskforce Galilee and worked closely with Thai authorities to close down one of the principal offending groups who were defrauding thousands of Australians.

In 2014 he was appointed Victorian State Manager of the ACC, directly reporting to the Executive Director of Operations, and in 2015 he was appointed as Executive Director of Intelligence at the ACC (now known as the Australian Criminal Intelligence Commission). Between 2012 and 2015 he was the head of Taskforce Eligo, a national crime prevention taskforce set up to combat the threat posed by international 'super facilitators' of money laundering. Taskforce Eligo led to the arrest of one of the world's largest money launderers and also seized $80 million in cash and over a billion dollars' worth of illicit drugs. He solidified Australia's reputation as a global leader in managing high-end covert money laundering investigations, leading to his nomination as Chair of the International Drug Enforcement Conference (Far East) in 2018.

In 2018 he was appointed Assistant Commissioner, Intelligence and Command, with the WA Police Force, responsible for the coordination of a number of key business units comprising 800 staff. He transformed the State Operations Command Centre into a multi-agency tactical intelligence unit that delivers enhanced officer safety and a quality response to crime in the community.

In 2019 he was appointed Deputy Commissioner and one of his many achievements has been the design and implementation of the Western Australia Priority Organisation Target List to disrupt organised crime. He is also expanding Western Australia's electronic monitoring capability to include a wide range of offenders who cause harm to the community and developed direct relationships with US Drug Enforcement Administration and the United Kingdom's National Crime Agency to implement new programs that coordinate law enforcement intelligence leads from countries where global organised crime originates.

Deputy Commissioner Blanch's exemplary leadership, passion and significant drive throughout his law enforcement career has provided significant results in reducing harm to all Australians, making him a worthy recipient of the Australian Police Medal. 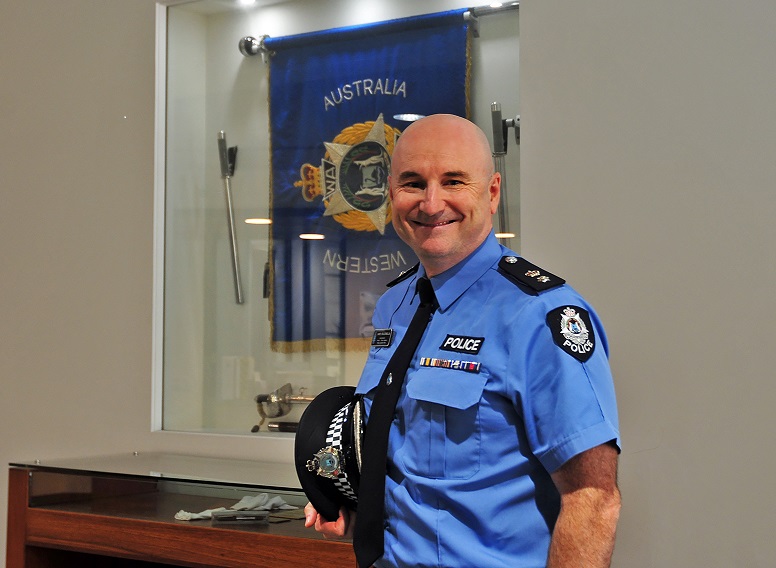 Superintendent Bolzonella commenced his career with the WA Police Force as a Cadet in 1988, serving in a number of metropolitan and regional police stations. Becoming a Detective in 1996, he worked on a number of high-profile organised crime investigations before being selected to initiate and resource the Joint Counter Terrorism Team (JCTT) within the Australian Federal Police.

As a Senior Investigator within the JCTT, Superintendent Bolzonella was responsible for the management of terrorism investigations under Federal and State laws and was deployed to the Philippines to assist a number of post-incident terrorism investigations and establish relationships with various intelligence agencies aiding with covert operations. His work saw him manage two international investigations to prosecute and disrupt entities/associates of Jemaah Islamiyah in Australia.

As Operations Manager of the Counter Terrorism & State Protection, State Security Investigation Group, Superintendent Bolzonella played a significant role in establishing the unit and implementing a community engagement strategy with high-risk groups. His role ensured a coordinated response into information relating to national security and threats towards critical infrastructure, including providing security liaison with the Premier of WA, State Cabinet and state public office holders. Working in the national security environment, Superintendent Bolzonella developed a new risk and control framework, leading to the creation of the WA Police Human Source program contributing to intelligence reform across the agency.

Promoted to Senior Sergeant in 2009 and Officer in Charge of the Regional Investigations Unit, Superintendent Bolzonella led the investigation and apprehension of commercial armed robbery, prison escapee and cross district volume crime offenders achieving significant results. He was commissioned as an Inspector in 2011 and appointed to manage the Serious & Organised Crime Division, Gang Crime Squad, providing leadership in a high-risk investigative environment.

Superintendent Bolzonella went on to lead a covert investigation within the Office of Deputy Commissioner before being promoted to Superintendent and overseeing a number of corporate projects. This included business improvement, red tape reduction and the Perth Stadium Project, establishing the Policing Major Events (User Pays) legislation and operating framework. In December 2017, he was appointed as Principal of the WA Police Academy, and has significantly contributed to the restructure of the Professional Development Portfolio including re-establishing the In Service Training Unit. He has embarked on a journey to increase awareness and acknowledgement of Aboriginal culture and facilitated the first Academy Aboriginal flag raising ceremony coinciding with National Aboriginal Reconciliation Week.

Superintendent Bolzonella’s exemplary achievements over a lengthy policing career demonstrate his personal drive and commitment to the WA Police Force and the community of Western Australia, making him a worthy recipient of the Australian Police Medal. 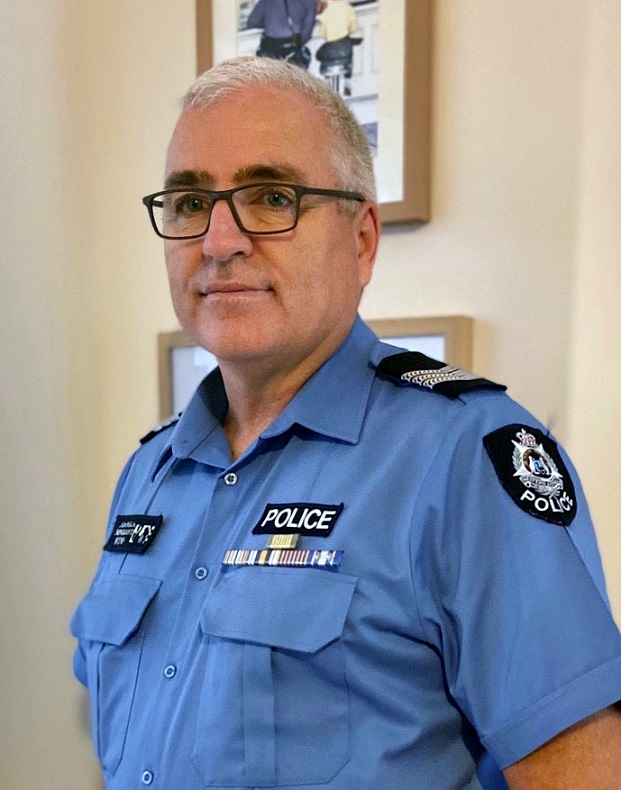 Sergeant Johnson joined the WA Police Force in June 1997, working at several metropolitan and regional police stations before being promoted to Senior Constable and becoming a Forensic Investigator in 2006. He was awarded the National Emergency Medal for his service as part of the DVI Team assisting with the Victorian Bushfires in Marysville and Kings Lake in February 2009.

Upon his promotion to Sergeant later that year he took on the Youth Policing role in the Police and Community Youth Clubs, both as a Zone Manager and a Program Coordinator, often acting as Youth Policing Operations Manager. In 2012, he was awarded the Australian Federal Police Operations Medal on 2012 for Operation CROWEA, undertaking DVI duties on Christmas Island after the sinking of a suspected illegal entry vessel.

In August 2015 Sergeant Johnson commenced as the OIC of Kellerberrin Police Station, where the Aboriginal community was experiencing high levels of social dysfunction, alcohol abuse and domestic violence as well as suffering from a lack of available support services. He quickly established relationships and funding to set up an indigenous cultural centre, securing the use of an abandoned building in the town which was renovated with the assistance of inmates from the Dowerin Work Camp. The effort required to establish the Nyoongar Centre was substantial and Sergeant Johnson contributed significant personal time and dedication to the project. Opened in November 2016, the centre is now a safe, culturally sensitive and meaningful place for the local Aboriginal people. Crime in Kellerberrin has steadily declined as has demand for policing services.

Sergeant Johnson took that experience to Mount Barker Police Station when he was appointed Officer in Charge in December 2018. He identified the local Aboriginal Community Centre had fallen into disrepair and people were no longer attending. Working closely with community members, he set a renovation program, obtaining help from the Pardellup Prison Farm. The community has since experienced a reduction in overall crime and the road policing effort has increased by over 50 percent.

In December 2019, Sergeant Johnson created the Mountains and Murals Festival, a community event that attracted international artists, painting six large-scale public art murals depicting the history of Mount Barker. He engaged with the local Aboriginal community to collaborate on two of the murals as part of the Year of Reconciliation events being held locally. Three thousand people visited Mount Barker over the weekend of the festival.

Sergeant Johnson has also been an active member of the Western Australia Police Football team, coaching them in several premiership games in the National Police competition, including a Premiership win in 2015. An energetic leader and outstanding communicator, Sergeant Johnson represents the highest traditions of the Western Australia Police Force and is a worthy recipient of the Australian Police Medal.

Senior Constable Jesney commenced her career with the Western Australia Police Force in November 1995. She served in a number of metropolitan stations and the Geraldton Police Station before transferring to the Tactical Response Group (TRG) in 2002 as the Operations Support Officer. She has been a long-standing member of the TRG and is currently the Unit's Tactical Intelligence Officer/Administrative Support as well as the Physical Training Instructor. She is highly regarded across jurisdictions for her role as a Tactical Intelligence Officer and was recently nominated as one of a team of three nationally to rewrite the National Police Tactical Group (PTG) Manual for PTG Tactical Intelligence.

She has instructed on both local and national courses, and was instrumental in writing the first WA Police Force Tier 2 PTG Tactical Intelligence Course, which provided the TRG with additional trained staff to be called upon during a terrorist related or prolonged serious incident. She also provides training to other units within the Western Australia Police Force such as the Joint Intelligence Group, Regional Operations Group the State Operations Command Centre and the Criminal Intelligence Development Program to enable PTG Intelligence awareness.

Senior Constable Jesney used her extensive knowledge of the roles within the TRG and her wide-ranging understanding of the need for strong dynamic intelligence to design and develop the current standard operating procedures for the PTG Tactical Command Post.

In addition to her Intelligence work, she contributes to the TRG’s overall fitness and general wellbeing in her role as the Physical Training Instructor (PTI). This is underpinned by her strong commitment to physical fitness, having succeeded in her chosen sporting field as World Champion in 1994. This led her to attaining numerous qualifications in the Physical Training field. She brings these skills and commitment to her role as the PTI, and over the last five years she has developed and facilitated weekly physical training awareness sessions for aspiring applicants who wish to move into the TRG.

Senior Constable Jesney’s exemplary dedication and background within the Tactical Response field on a state and national level makes her a worthy recipient of the Australian Police Medal.