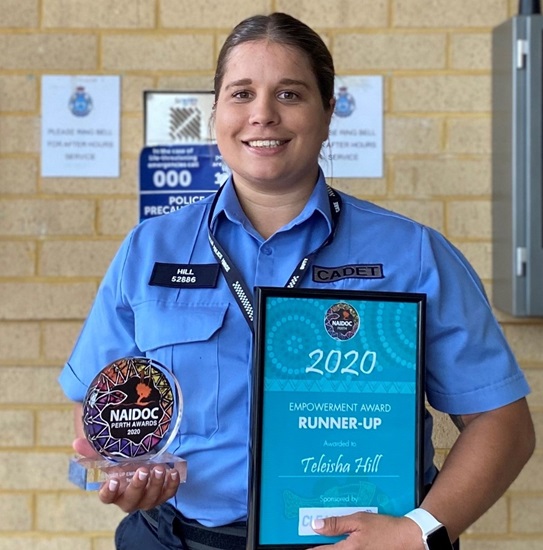 Cadet Hill said her nomination was based on the volunteer coaching work she does across a number of sports, and her encouragement of young women in the sporting world.

“I have coached Brazilian jujitsu, taekwondo, basketball and cricket,” she said. “I’ve also represented WA in some capacity in each of those sports.

“My decision to join WAPOL as a Cadet was also a consideration, as it’s my hope to increase the representation of Aboriginal persons - and of women in particular - in policing.”