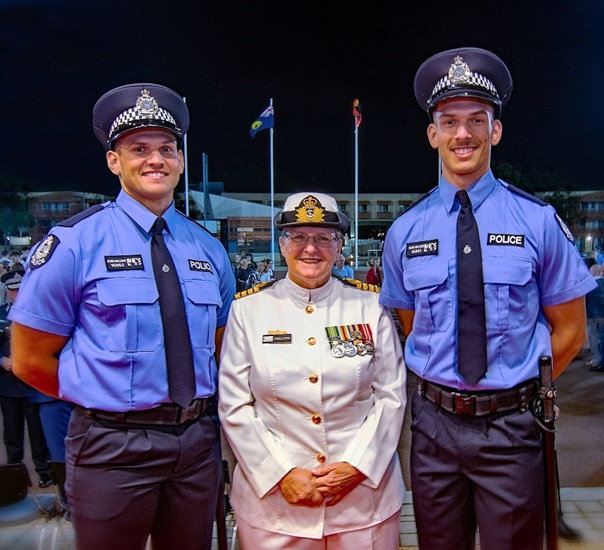 The first police graduation of the new decade for the Western Australia Police Force featured a unique family connection.

Among the new officers are the first brothers to come through the Aboriginal Cadet Program, Ethan and Nathaniel Bond-Williams.

It was double celebration for Nathaniel, who graduated from Brown Squad just a day after turning 20, sharing the occasion with 24-year-old Ethan from Grey Squad.

A history of service runs in the family with the brothers’ mother, Angela Bond, having served as a Captain in the Royal Australian Navy, and continuing as a Reservist today.

The 29 men and 10 women from the two squads completed an intensive 28-week training course at the WA Police Academy that instructed them in both the theoretical and practical elements of frontline police work.

The graduates ranged in age from 19 to 52 years old. Thirteen were born overseas, nine possess a tertiary qualification, and five served in the armed forces. Nine graduates were formerly employed by the WA Police Force in roles including custody support officer, property management officer and cadet.

All graduates are enthusiastic about beginning their careers on the frontline and in service to the community of Western Australia.