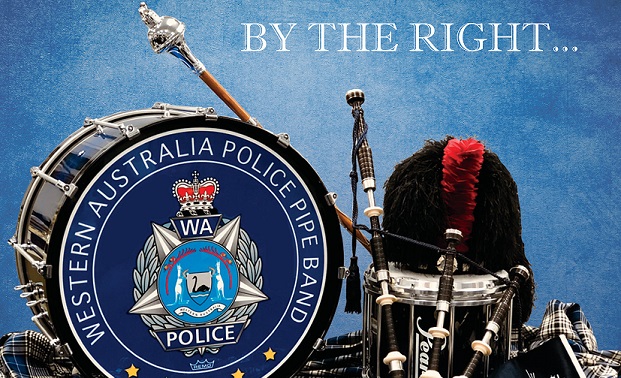 The Western Australia Police Pipe Band has released their 13th album, titled By the Right….

This album features traditional and well-known tunes the Pipe Band has become renowned for within Western Australia and on the international stage.

Representing the WA Police Force and the State of WA since 1966, they display the long and proud culture of policing through their music and performance.

Each year, their powerful sound and ceremonial spectacle are witnessed at around 240 community and policing events, engaging an estimated 1.5 million members of our community.

In addition to community engagements, there are few police officers who wouldn’t remember graduating to the sounds of pipes and drums. These sounds also live on in the memories of those whose loved ones have lost their lives in the line of duty, featuring at police and state funerals.

Beyond our state, the Pipe Band are nationally and internationally renowned as the Australian Grade 1 Champions with a musical reputation of the highest calibre in its field.

You can pick up a copy of By the Right… for just $10 (plus shipping) through the Pipe Band’s online store, or stream the full album on Spotify, iTunes and Google Play.

Preview By the Right...