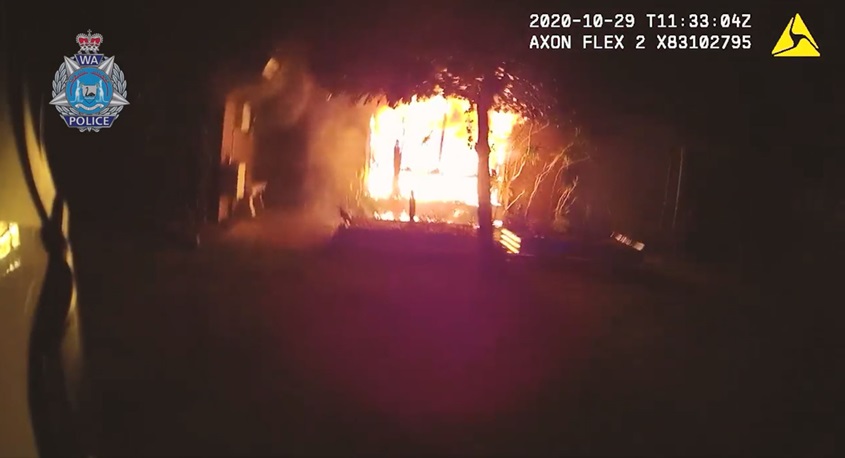 Check out this Body Worn Camera footage of officers responding to a house fire in Camillo last night, Thursday 29 October 2020.

An officer from the Traffic Motorcycle Group was on patrol when he observed a house on fire in Hemingway Drive, Camillo.

Stopping at the scene, the officer requested further assistance. Another Traffic Motorcycle Group officer arrived shortly after, along with officers from Armadale Police Station.

Information was received that a resident may have still been inside the burning house.

A woman was quickly located in distress in the rear garden and it was confirmed no other person was home at the time.

While the woman had been able to escape the fire, she was unable to leave the rear garden. Officers evacuated her to safety over a fence, using a ladder they found in the garden.

Department of Fire and Emergency Services personnel attended the scene a short time later and extinguished the fire.

The fire is not being treated as suspicious.