Ceremony 'caps' it off 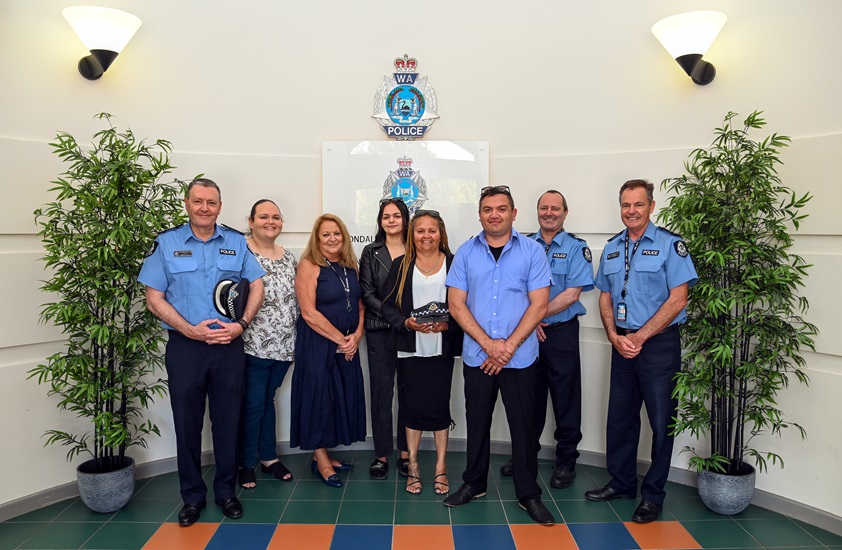 Uncovering a long lost WA Police cap from the early 2000s has ultimately resulted in a special presentation to the family of Aboriginal Police Liaison Officer (APLO) Wallie Riley.

APLO Riley was born on 30 May 1951 and joined the WA Police Force on 20 July 1992. He retired on 14 September 2005 and sadly passed away on 4 July 2018. His service history included Wiluna, Nollamara, Mirrabooka, Warwick, Clarkson and the NW Crime Prevention Team.

After Bunbury Senior Constable Michelle Widmer located the cap, contact was established with Wallie’s daughter Kim and the process of returning it to the family began.

Aboriginal Affairs Division discovered Wallie had never received his service medals and Honours and Awards were able to quickly establish his eligibility and make the medals available.

Kim lives in the northern suburbs and so arrangements were made for the family to participate in a recognition ceremony for officers already scheduled to take place at Joondalup District Office last week.

By coincidence Joondalup Prosecuting Senior Constable Simon Williams had worked with Wallie as a probationary constable and so he also attended which was especially significant for the family.

Joondalup District Superintendent Tony Flack paid tribute to Wallie before presenting the cap and medals to the family. “Wallie was well known and highly regarded,” he said. “Within WA Police many officers knew him either personally or by reputation during his years with us.”

Kim said the family was over the moon to see their father and grandfather acknowledged in this way.

“I know he was a bit of a larrikin but as a kid I had great memories of how proud he was to be part of the police family,” she said.