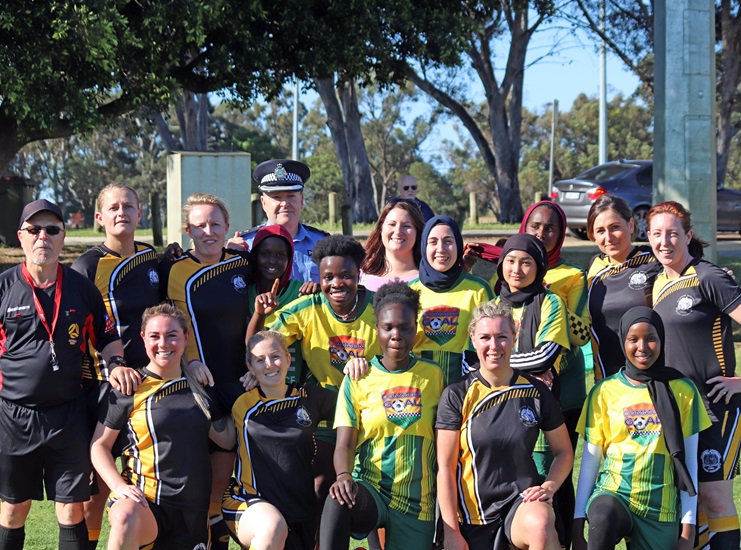 Common Goal World Cup is an annual competition organised by the Edmund Rice Centre. It showcases diversity in the community through the world game, football (soccer). It also celebrates the success and opportunities the Common Goal Program provides to young people from different cultures.

Common Goal is a partnership between the WA Police Force, Football West and the Edmund Rice Centre WA. The program aims to provide leadership and sporting opportunities to disengaged youth with local Communities.

The first Common Goal World Cup was held in 2017 with a total of seven community men’s teams. The success and the feedback received from the community teams and the spectators led toward running a bigger event, aiming to include eighteen community teams; twelve in the men’s competition and six in the women’s. A total of twenty-four teams registered interest in the latest World Cup.

The competition was held at the Wanneroo City Soccer Club with the 2019 winners being the WA Police Force women’s team, with Ivory Coast taking out the
men’s division. Many teams are now asking to have the tournament expanded, with scope for more teams to participate in a two-day format in future.