WA Police Force is advising the public of a technical issue that occurred with the agency’s website last week and which means some materials submitted by the public via online forms have not been received. The technical issue occurred from 17 November until 19 November. If you sent an online form during this time, please re-submit it. Efforts have been made to contact those identified as potentially being directly affected by this issue. We apologise for any inconvenience and appreciate your understanding.

Living the Experience From Both Sides 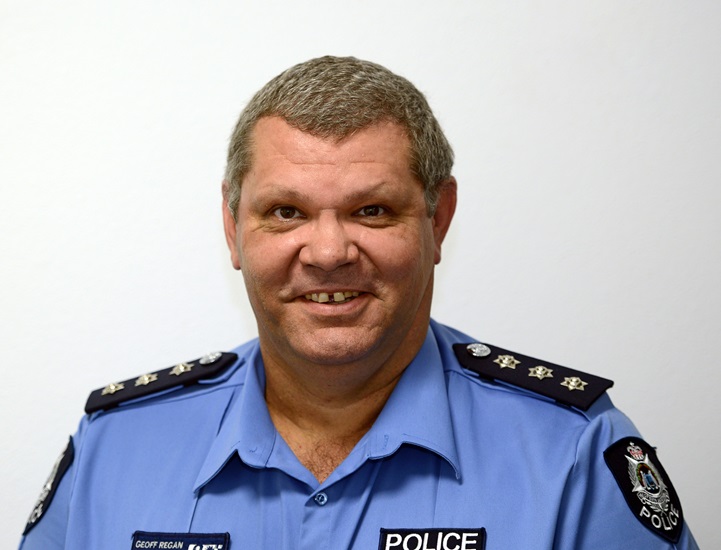 A powerful voice has emerged from within the WA Police Force which helps to put the emotional outpouring seen on the streets during recent protest activity into perspective.

For Aboriginal Affairs Division Inspector Geoff Regan, 200 years of cultural bias – conscious or unconscious – has resulted in experiences he has lived. “This stuff is real and it’s hurtful,” he said.

“I experienced racism growing up, and I’ve also experienced racism in my policing career, both from colleagues and from members of the public. I get it – there are attitudes out there which need to change and I’m proud to say the WA Police Force has acknowledged this and significant change is happening.”

In a telling example of the reality for an Aboriginal person, even today, Insp. Regan said that out of uniform he is regularly followed around shopping centres by store security officers because of a stereotype which suggests he is probably going to steal something.

There are two things which have been powerful motivators for Insp. Regan throughout his life. “I’ve always believed that if you really want to change things, then you need to be part of it,” he said. “My decision to become a police officer has never been the easiest path, but right from a young fella I thought it was the only way to truly make a difference.

“The second thing which has kept me going is that I have received a lot of good support from a lot of good non-Aboriginal police officers over the years. Our Commissioner is demonstrating real leadership in this area and I am seeing the progress towards greater cultural safety – not just for Aboriginal people, but for all previously marginalised groups.”

Insp. Regan said the formula for change is a combination of open and honest dialogue, and a willingness to find ways to resolve the issues which are identified.

You can listen to the full interview with Insp. Regan, Nadia Mitsopoulos and Russell Woolf on the ABC Radio Perth website.