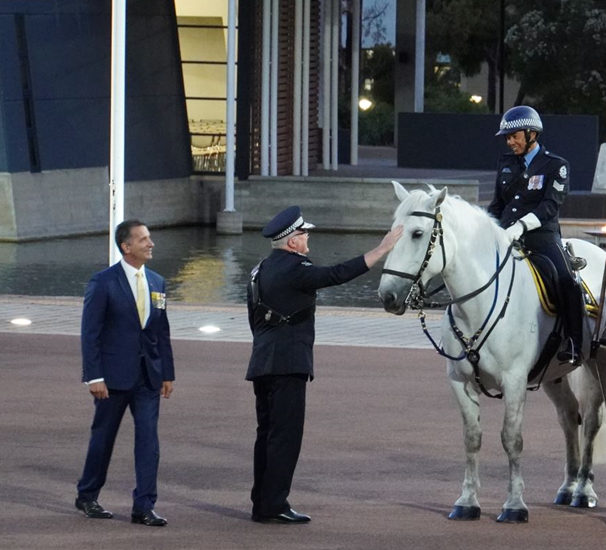 The WA Police Force would like to commemorate the work of Police Horse Bluey, who sadly died earlier this week.

Bluey was a 14-year-old Percheron Gelding, who served 11 years with the WA Police Force.

Bluey was being treated for a medical condition since 2015, and on Sunday 27 February, was taken to the vet as a result of this condition. Sadly, he took a turn for the worst, and Bluey had to be euthanised.

Bluey was one of 27 horses working for the WA Police Force, and was considered one of the most recognised horses, often leading ceremonies. The last of which was a police graduation last Thursday (24 February 2022).

Officer in Charge of Mounted Section, Senior Sergeant Craig Fisher said “Bluey will be sadly missed by officers across the entire agency, especially by those at Mounted Section. We treat our horses and our canines like family, and it is never easy saying goodbye to a member of this family.”