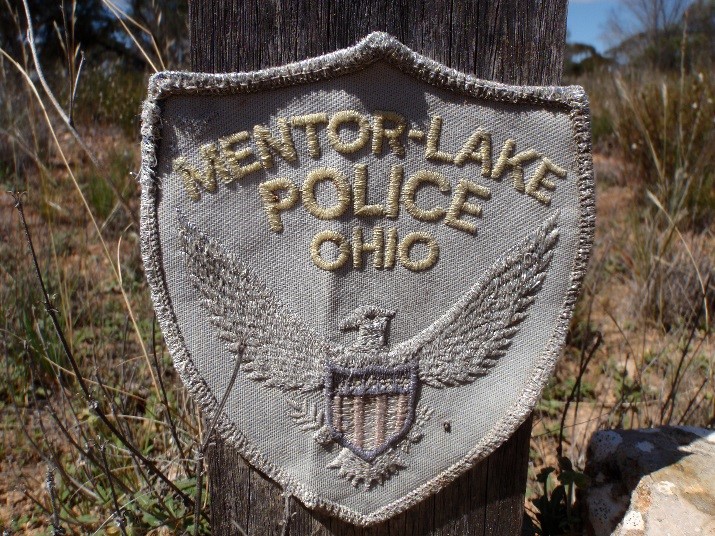 A combination of curiosity and care has resulted in a WA Police Force officer taking some extraordinary steps to preserve the dignity of a fallen colleague from the US.

Paraburdoo Senior Constable Barry Osborne was stationed at Eucla from 2014 - 2018 and had noticed a roadside cross placed about 76km east of the Balladonia Roadhouse along the Eyre Highway. The cross had an American police patch attached to it.

After noticing the cross had been displaced by a grader during road maintenance, SC Osborne initiated a project to have it replaced with something more permanent in his own time and at his own expense.

Senior Forensic Investigator Sergeant Les Goddard said in 2004 he was an investigator with Major Crash.

“I attended the Eyre Highway, about 266 km east of Norseman where an American firefighter/part time police officer (Ed Sufilka) had been struck by a road train and killed while cycling across Australia,” he said.

“In the course of conducting the investigation I established a relationship with members of the deceased’s family, and one particular work colleague. I have continued to communicate with this group, predominantly the work colleague (George Ward) to the present day.

“I recently received a message from George. An Australian police officer had forwarded two framed plaques, one for the fire station and one for the family, along with service badges and he asked me to make some enquiries regarding who had done this, so that he could extend his gratitude,” Sgt Goddard said.

“That officer was SC Osborne. He didn’t know the victim and was not part of the crash enquiry. This was a selfless act, done out of kindness and the desire to make sure that a fellow officer not be forgotten at the place where he lost his life, regardless of the fact that he was from a jurisdiction on a different continent.”