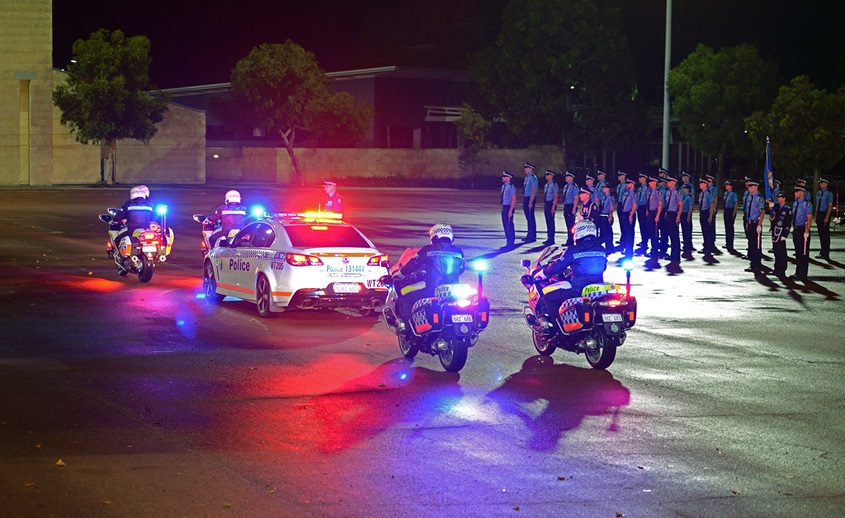 The 48 members of Red and White Squads recently graduated from the WA Police Academy.

Of the 33 men and 15 women, 11 were born overseas, 26 have completed a tertiary qualification and five have served in the armed forces. Ten graduates were formerly employed by the WA Police Force in roles such as custody support officer, or police auxiliary officer and four had gone through the Police Cadet program.

The WA Police Force is currently recruiting so if you know someone who is interested in a career as a police officer, direct them to the Step Forward website now.

The ceremony also acknowledged Assistant Commissioner (Professional Standards) Murray Smalpage, who has served in the  WA Police Force for more than 40 years. He was formally marched off the parade ground at the end of the ceremony, having recently been appointed as Deputy Commissioner, Northern Territory Police.