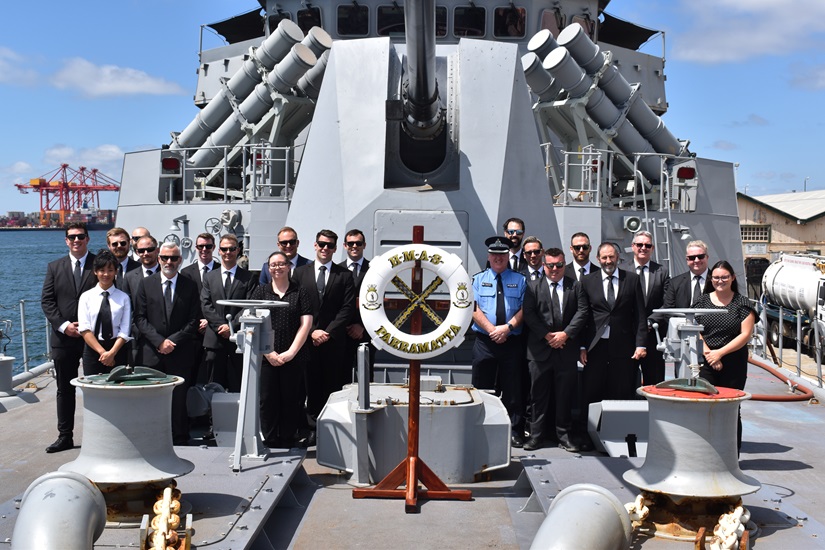 The team from Fremantle Detectives Office were recently welcomed on board HMAS Parramatta while it was berthed in Fremantle Harbour, after returning from active duty.

The visit followed engagement between Fremantle Detectives and HMAS Parramatta Command and Shore Patrol, to ensure that local expectations were clearly outlined to the crew.

Lieutenant Commander Matthew Cullen and Lieutenant Jordan Roney were on hand to provide a guided tour of the ship and granted access to the ship’s bridge where operations and deployment of defence capabilities were explained by the Command Team.

This liaison further enhances the great relationship between the WA Police Force and the Royal Australian Navy, which is vital with the regular attendance in Fremantle of RAN personnel on shore leave.