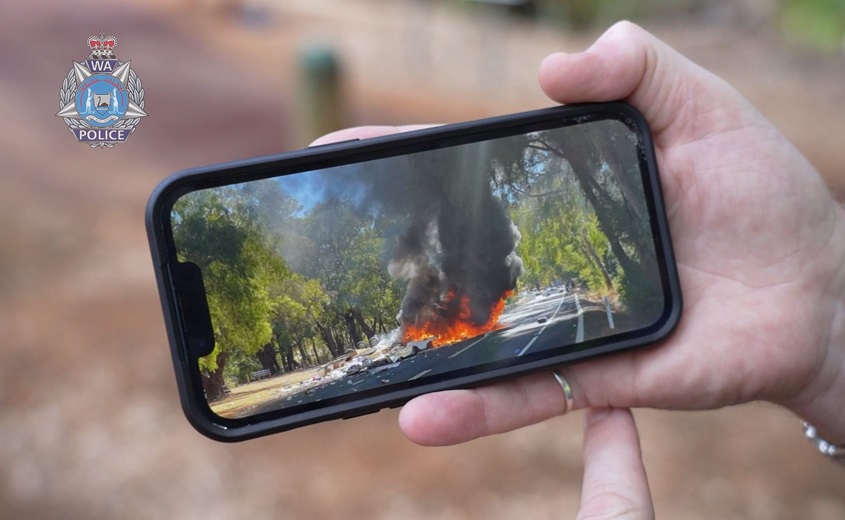 On Saturday 12 March 2022, police were called to the South Western Highway after a vehicle towing a caravan crashed and was on fire.

The officers who pulled a couple from the burning wreck have spoken of the split second decision making that saved two lives.

Incredible images of the crash scene and the frantic rescue efforts were captured on body worn camera and can now be shown publicly for the first time.

The video has been compiled by WA Police Force with the knowledge and cooperation of the couple who were rescued, and their family.