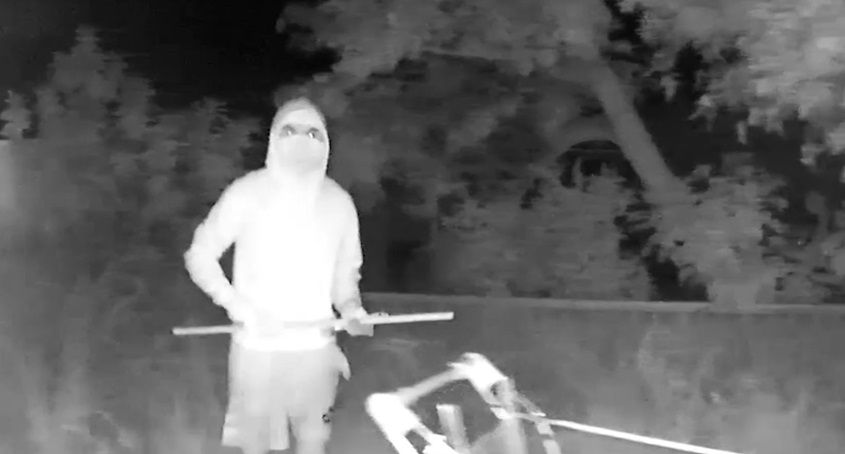 A security guard who was attacked during an incident in Spearwood this week has appealed for the public to help catch the offenders.

Shortly after midnight on Monday 21 October 2019, several people forced entry to a house in Doolette Street, Spearwood, by smashing a window.

They forced the occupants - two men aged in their 20s and 40s - to unlock an off-road motorcycle and also demanded money. During the incident one of the occupants was assaulted causing an injury to his head.

The group left the property on foot, pushing the motorcycle down the road.

Soon afterwards, Kerry-Ann observed three people pushing a motorcycle near the intersection of Spearwood Avenue and Gower Street, Spearwood. As she observed the group from her vehicle, they approached, hitting the driver’s side window with a small axe which then entered the vehicle, landing next to Kerry-Ann. She received grazes to her fingers, hand and shoulder before driving away.

“I did not see how they had got over the fence, come up to the car in a crouched position and started smashing the window,” Kerry-Ann said.

The group fled the area, abandoning the motorcycle.

Investigators would like to speak to anyone with information or who has CCTV or dash cam vision of the group in the area at the time. Please call Crime Stoppers on 1800 333 000 or make a report online at the Crime Stoppers WA website.