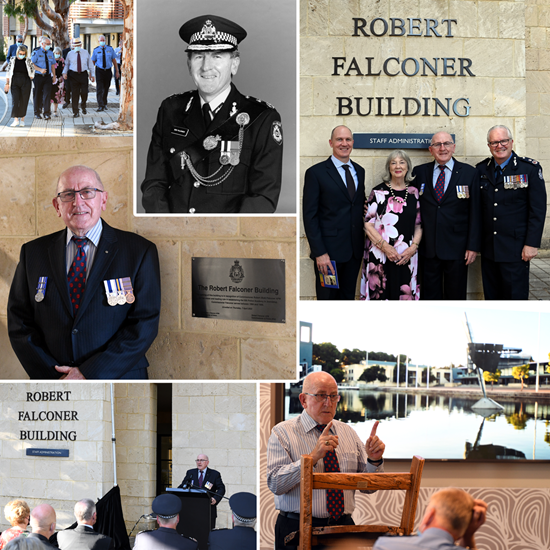 There was little doubt from day one that Robert (Bob) Falconer had a mandate for sweeping change after becoming WA Police Force Commissioner on 20 June 1994.

Among these changes was an initiative to have a new Police Academy designed and constructed. The Joondalup Police Academy was established in 2002 and to mark the 20-year anniversary Mr Falconer, his wife Sylvia and son Superintendent Andrew Falconer (Victoria Police) were recently invited to attend a naming ceremony at the facility.

The unveiling of the Robert Falconer Building provides recognition of Mr Falconer’s vision for a new Police Academy, something he describes as the proudest legacy of his time as Commissioner.

In 1997, Mr Falconer directed then Inspector Chris Dawson to visit Scotland and report on the Scottish Police facilities and programs. This report informed the design phase of the Joondalup Academy, with an emphasis on functionality and aesthetics which has fostered a professional learning environment in what is still considered to be a state-of-the-art facility today.