The WA Police Pipe Band will soon be performing LIVE in concert for the first time since 2016.

The Band proudly presents Superfly, a concert which mixes contemporary and traditional material, backed by innovative arrangements which push the boundaries of live pipe band concerts.

The concert will also feature the WA Police Youth Development Pipe Band who will be live on stage for the first time.

WA Police Pipe Band OIC Sergeant Darren King says you’re sure to be entertained, as the band you’ve known for the last 56 years takes to the stage again. “The opportunity to see and hear the musical prowess of the best band in Australia is not to be missed,” he said.

There are two opportunities to attend - in Mandurah and Perth. To book your tickets click here. 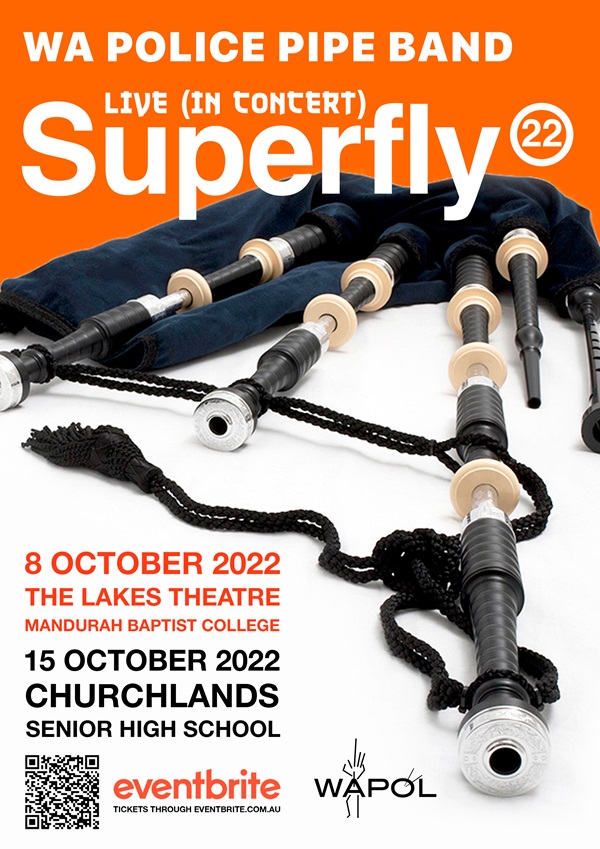