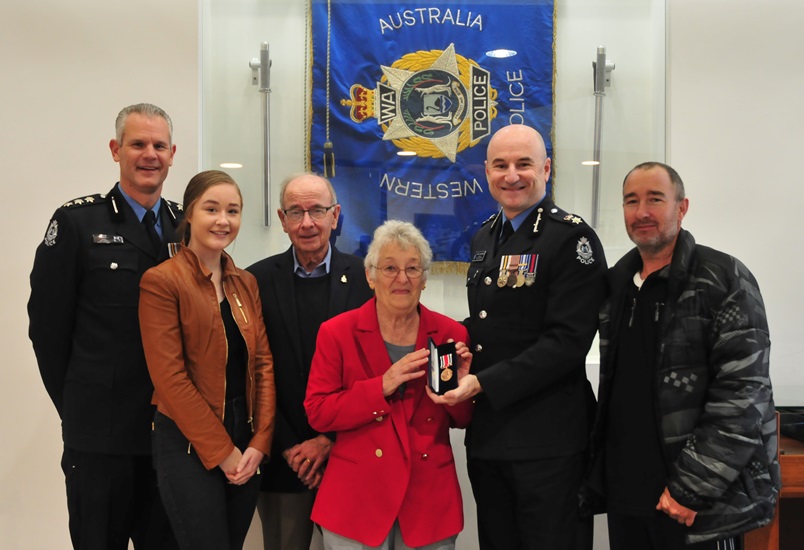 Although it took 74 years, a long service medal belonging to a Lincolnshire Police Special Constable has now been awarded posthumously in Perth.

Special Constable Jack Perotti Kelway died as a result of a German air raid in Lincolnshire towards the end of World War II. His daughter Christine lives in Perth and Lincolnshire Police reached out to the WA Police Force to present the medal, having finally tracked her down through relatives in the UK. Christine was only four years old when her father was killed. She has no recollection of him, and her mother never remarried, raising her and two older brothers as a solo parent following the war.

WA Police Academy Principal, Superintendent Dario Bolzonella officiated, making the presentation to Christine in front of her husband, son and granddaughter– who is incidentally a Police Ranger.

The family were very appreciative of the efforts which went into locating them and the subsequent awarding of the medal. After the formalities they were taken on a tour of the Academy, followed by light refreshments.

Even after 74 years, the recognition of Special Constable Kelway’s sacrifice and service held a great deal of significance for the family and may well inspire his great granddaughter to follow in his footsteps.