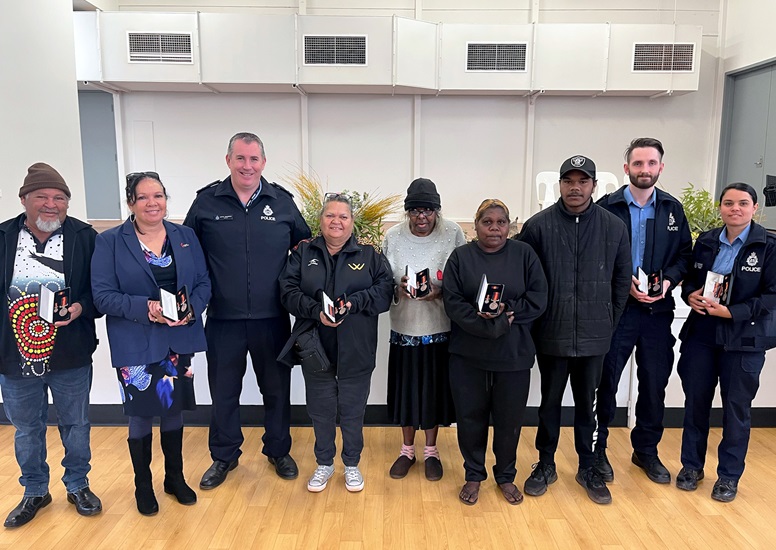 In cases where the officer is now deceased, the medals were presented to grandchildren, children or siblings of the recipients in recognition of their dedication and service to Laverton Police Station.

Some of the recipients had performed Tracker roles as far back as the 1940s, while others are currently serving at Laverton Police Station. Laverton OIC Senior Sergeant Kevin Taylor said it was an important occasion and had been planned in partnership with the Pirniku Aboriginal Advisory Group.

“The ceremony allowed Laverton Police to acknowledge the ethical service of the medal recipients to the Laverton community,” he said.

“This was another significant milestone towards cultural immersion for our staff and partners.”

Acting Supt Tarasinski was able to highlight some of the roles and impacts each officer had during their service as the medals were presented, giving those in attendance an insight into past and present contributions to the community.