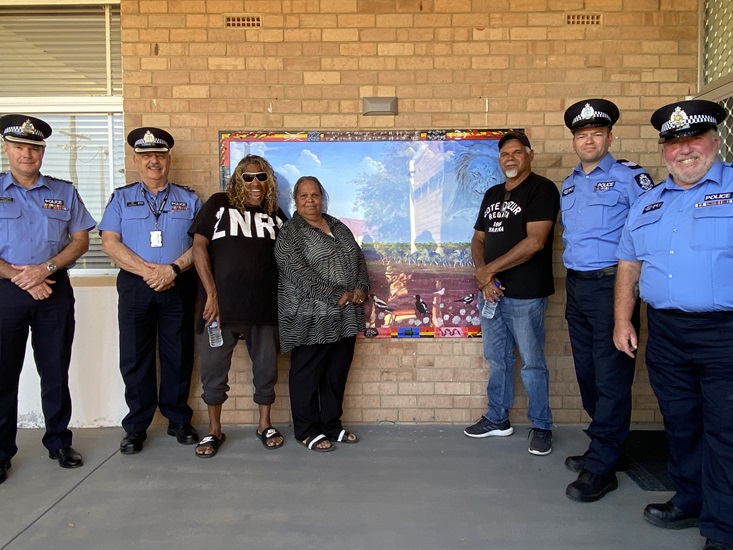 After agreeing to paint a mural at Quairading Police Station, Beryl Dick unfortunately passed away on Anzac Day 2020 before she could commence working on it.

Beryl was born in Quairading Hospital in 1962 and was a lover of people, young and old, big and small. She was a fearsome advocate for her people but more importantly for her community no matter their creed or colour.

She had a love of the arts, was a talented singer and a skilful artist, using her artistic talents to help showcase her culture.

Beryl maintained a strong relationship with police officers stationed at Quairading Police Station, particularly with current OIC Sergeant Lindsay Collett and his colleague SC Eddy Duffy. She had planned for the mural to represent her strong and enduring bond with the Quairading community and the police officers who serve it.

Determined to the see mural completed, Sgt Collett and SC Duffy engaged another local artist, Charlie Colbung to paint the mural in honour of Beryl. Beryl’s grandchildren Waynesha, Jaylene and Zelda George painted the frame for the mural using some of Beryl’s favourite colours.

On Thursday 5 November, in the lead up to NAIDOC week, Beryl’s family and friends, community elders, community representatives and police officers gathered at Quairading Police Station to unveil the mural and pay their respects to Beryl.