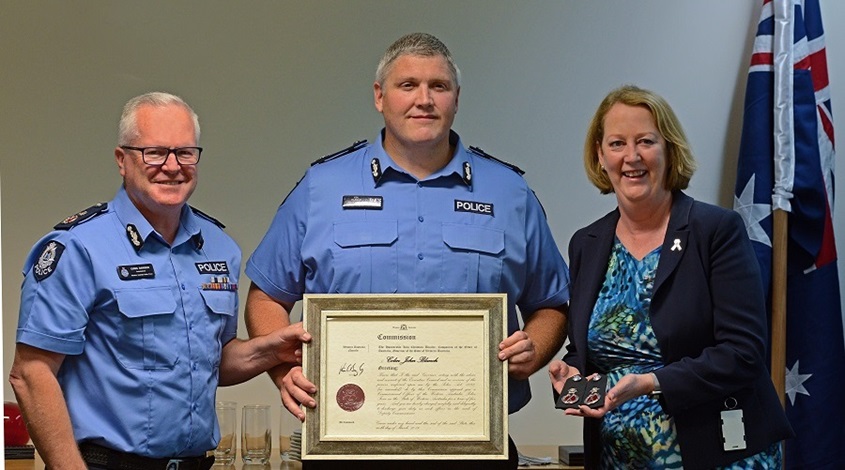 We are proud to announce the appointment of Col Blanch as Deputy Commissioner (Specialist Services).

Deputy Commissioner Blanch wants to harness the ingenuity of frontline officers across the State as he steps into his new role.

“I want to encourage innovation in solving crimes – I know many of our frontline officers are trialling different tools in their own local areas and I encourage them to bring those ideas forward,” Mr Blanch said.

“We have geniuses out there who have developed innovative tools to assist their local districts – I’m keen to explore these initiatives to see whether we can develop and expand them across the State.”

The SOCC continues to develop as a real-time, State-wide and multi-agency tactical intelligence service which enhances officer safety and the quality of response to crime in the community.

Prior to joining WA Police Force, Mr Blanch was based in Canberra as the Executive Director of the Australian Criminal Intelligence Commission where he was highly regarded for redefining Australia’s criminal intelligence capability.

“I look forward to the continued impact Col will make on law enforcement in Western Australia,” Mr Dawson said.

Mr Blanch said it was a privilege to accept the position. “In my time with the WA Police Force I’ve been thoroughly impressed by the level of dedication and commitment being made by officers throughout the State, and I look forward to playing my part in making a positive contribution to the community of Western Australia,” he said.