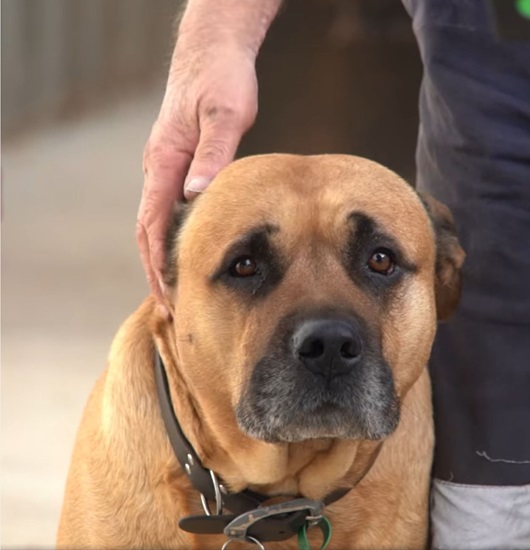 About 7:30am on Thursday 18 August 2022, police received a call from a member of the public advising of a vehicle that was stuck in flood waters on Katrine Road in Katrine.
Two police officers from the Northam Police Station attended the location and located a Bull Mastiff called ‘Max’ trapped in the vehicle.
The owner of the vehicle, an 80-year-old man, was able to exit his car and get to dry land but was unable to rescue Max.
The vehicle was submerged approximately 20 metres into the water, with the water rising above the driver’s side tyres.
The officers assessed the flow of the water and noted that the speed was increasing.
The two officers quickly entered the water and attempted to lure Max out via the boot, however Max was too scared to leave the vehicle.
The decision was then made to grab Max, who weighs around 30 kilograms, and lift him from the vehicle.
A tow truck driver assisted police by lowering his tilt tray down to allow officers to climb out of the water and onto the tray.
Max ran straight over to his owner, happy to be reunited.
More...