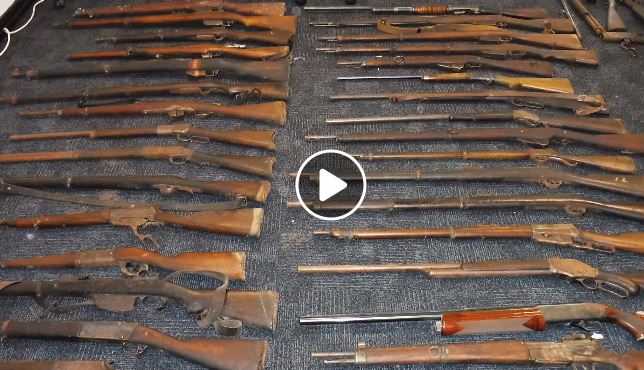 If you're a gun owner, you may be contacted by us to arrange a time for inspection.

WA Police Force has initiated Operation Bluesun to tackle the ongoing issue of illicit firearms in the Western Australian community.

Bluesun will be a multi-phased effort to remove illicit firearms from the community while also promoting the secure storage of licensed firearms.

“Bluesun is about police and the community working together to maintain the safety and security we already enjoy,” Regional WA Commander Jo McCabe said.

“Firearms incidents are unusual in Western Australia but there have been a number of recent events that have heightened our concerns.

“These incidents are frequently a result of criminals’ nefarious dealings with other criminals but there is always a risk that an innocent member of the public will be affected by firearmrelated crimes. This is precisely why we have initiated Bluesun.”

An Australian Criminal Intelligence Commission report estimated there are 260,000 firearms on the national illicit market.

Commander McCabe said further analysis of incidents between July and October revealed a high percentage of firearm thefts involved a breach of compliance on the part of the owner.

“For example, thefts between July and October include incidents where the owner has failed to secure their firearms as they are required to under WA legislation,” Commander McCabe said.

“This makes many of these thefts preventable. We are working with firearms groups and owners to ensure compliance and reduce the incidence of opportunistic firearm thefts in our community.

“The overwhelming majority of firearm license holders are responsible and Bluesun is about reducing opportunities for criminals to steal these weapons”, Commander McCabe said.

As part of Bluesun, selected firearms license holders and gun owners will be contacted by police to arrange a time for inspection and provided with general information on the standard of security required.

Further, officers will be delivering infringements to people who have allowed their firearms license to lapse. Officers will also conduct inspections of firearms storage linked to these people.

Officers will also conduct investigations into stolen firearms, and members of the public can assist these inquiries by contacting Crime Stoppers by calling 1800 333 000 or by visiting the Crime Stopper WA Website.

“We also encourage members of the public to contact police if they have firearms they no longer require – our officers can assist with the disposal of these guns,” Commander McCabe said.

Of the incidents between July and October, 10 people have been charged and inquiries into other incidents are ongoing.