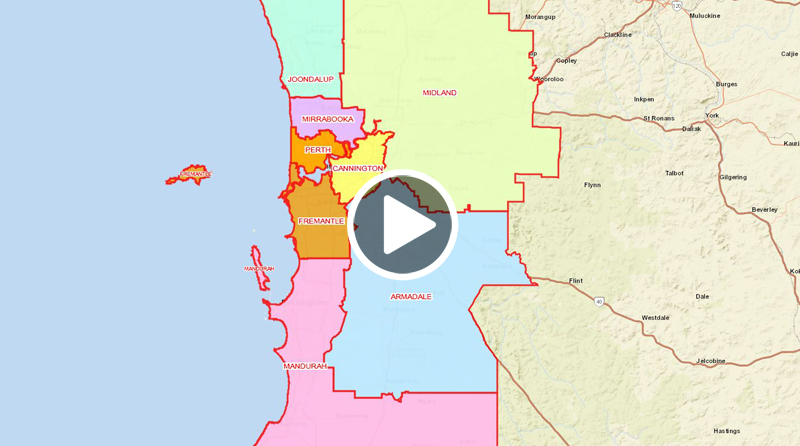 The Western Australia Police Force has begun expanding the number of Metropolitan Policing Districts from four to eight. The first changes are now in place with the new Districts of Fremantle and Mandurah replacing the previous South Metropolitan District. The remaining Districts of Joondalup, Mirrabooka, Midland, Perth, Armadale and Cannington came into effect on 16 July.

While your local Police Stations all remain in place, we are changing some of the suburb allocations, which will better align with local governments. We encourage you to check which Police Station is now looking after your suburb by using our new interactive map and suburb search.

Supporting all this is a new State Operations Command Centre (SOCC), providing 24/7 oversight and support for all 15 policing districts across the state. Read more about the SOCC.

So why are we making these changes? Essentially, we want to ensure your local Police Station is taking care of all your local issues. The Officer in Charge of your station has been given the authority, support and resources needed to best service your needs. They are responsible for all police activities, such as responding to incidents, conducting investigations and engaging with the community. Working in smaller Districts and aligning our boundaries closely with local governments means our officers can better focus their efforts on their specific community needs.

You can still follow your local police on social media, and we have even created new Facebook pages for each new District. Make sure you are following your District on Facebook and your Police Station on Twitter to keep in touch with local policing matters.