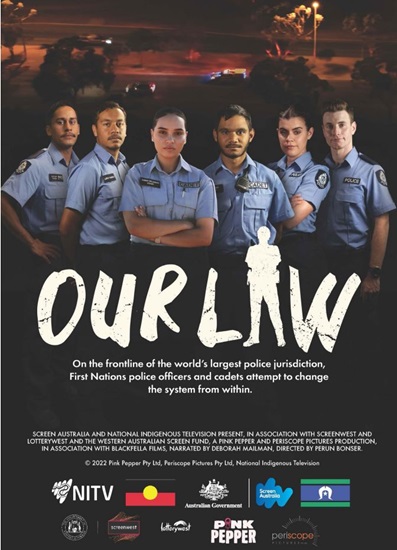 Tune into a six-part series showcasing the Reconciliation journey of Aboriginal Cadets and Police Officers working amongst their community.

The WA Police Force have worked with local production companies Periscope Pictures and Pink Pepper to showcase the commitment to Reconciliation and vital work being carried out by our Aboriginal Cadets and Police Officers.

Our Law is a series that follows Indigenous Cadets on their duties, giving audiences a glimpse of the variety of their roles on the frontline in their first 12 months. See the beautiful landscapes of Western Australia they get to work in and learn about the WA Police Force’s Aboriginal Cadets program.

The six-part series premiered at CinefestOZ in August 2022 and begins broadcast on Thursday nights on SBS, SBS on Demand and NITV from tonight, 5 January 2023.

To learn more about a career with WA Police, visit the Let's Join Forces website.