Paddling in the same direction 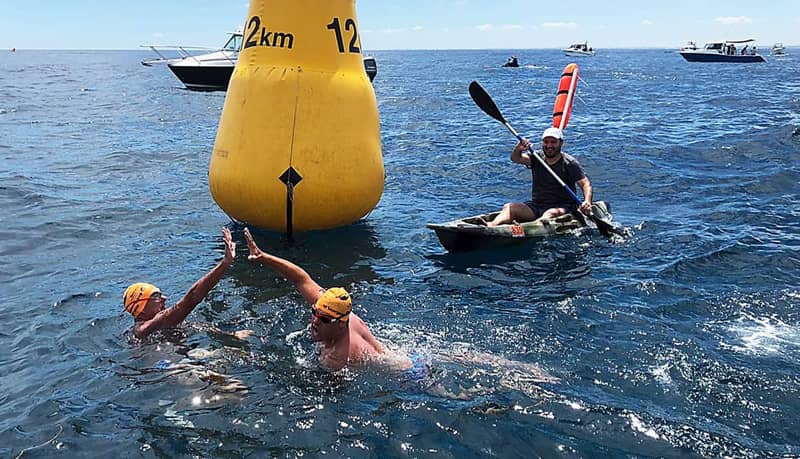 Evidence that Police Prosecutors and the Aboriginal Legal Service (ALS) are both swimming against the same tide was evident when the two joined forces to complete the Rottnest Channel Swim.

Perth Prosecuting Sergeant Ben Procopis said a combination of lawyers and prosecutors enjoyed the perfect conditions and reached the island in a respectable 7hours 22 minutes. “An important part of this collaboration was to raise funds for the Youth Partnership Project, which is all about cooperation between different agencies to keep kids out of the criminal justice system,” he said.

“While it might be perceived that prosecutors and the ALS have adversarial roles, in fact we’re actually trying to achieve the same thing which is to see young Aboriginal people engaged in their schools and communities rather than seeing them in court.

“In Western Australia, half of young people released from Banksia Hill Detention Centre will walk back through its gates within two years. The Youth Partnership Project is trying to change that story by better meeting the complex range of needs these young people have, so they can thrive and avoid the pitfalls which make Banksia Hill a revolving door,” Sergeant Procopis said.