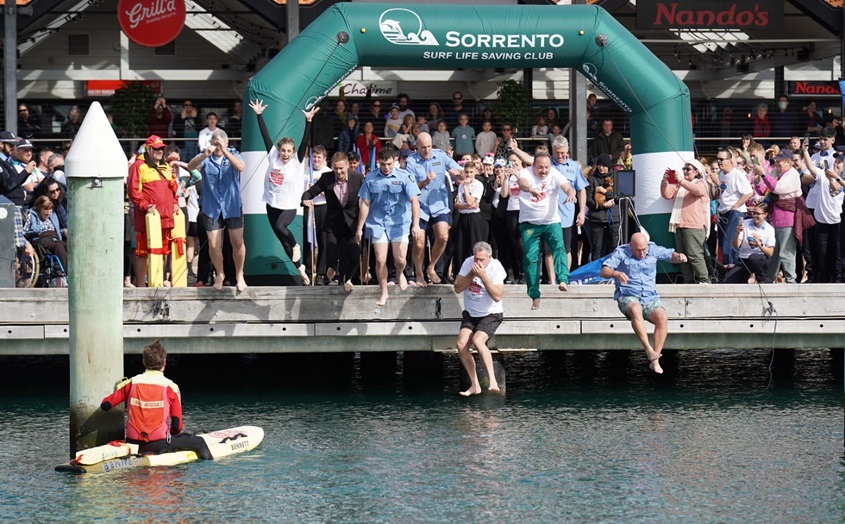 The Law Enforcement Torch Run (LETR) committee is steaming towards its next major fundraiser after a highly successful Polar Plunge raised more than $33,000 earlier this month.

The next big fundraiser will be the Special Olympics Ten Pin Bowling Competition on 18 September at Zone Bowling Morley. Special Olympic (SO) athletes will compete alongside LETR volunteers and participants of all skill levels in an opportunity for more positive engagement with police officers.

“These events are treasured by the athletes and they are a fantastic way for police officers to strengthen connections with the community,” LETR President and Acting Assistant Commissioner Alan Morton said.

“The Polar Plunge involved more than 200 officers and was attended by an even larger number of community members – this is the sort of engagement that is invaluable for day-to-day policing.”

The funds raised from the Polar Plunge will assist with the SO WA athletes travel expenses to the upcoming National Games in Tasmania, which will be held later this year. This gives athletes the opportunity to compete at national level, where they can be selected to represent Team Australia at the SO World Summer Games in Berlin next year.

Commissioner Col Blanch, who is also the patron of LETR WA, led the torch run before lighting the cauldron with former Special Olympian and Paralympian Joshua Hofer OAM, and SO WA athlete Anna Gray.

LETR Vice President Chris Newman said the visual spectacle of the torch run is designed to focus attention on community members with intellectual disabilities. “We certainly achieved that with more than 30 SO WA athletes joining 200+ officers and community members in our largest torch run to date!” he said.

“The proud faces of the athletes showed how important it is to be part of the LETR global mission to raise awareness and funds for a more inclusive community.”

A/AC Morton said this was the second time the event has been held and this year SO athletes were able to be integrated into 24 participating teams.

“On behalf of the LETR Committee, I wish to extend thanks to everyone for making it such a fantastic day and celebrating inclusion with the athletes,” he said. “The athletes continually show us that they are prepared to challenge themselves and the smiles on their faces said it all!”

The participants showed a massive display of support in numbers and entertaining costumes, ranging from Superheroes and Minions to Snowmen and Penguins. Even police officers and police rangers from remote locations participated in the fundraiser by showing their support in their local chilly waters.