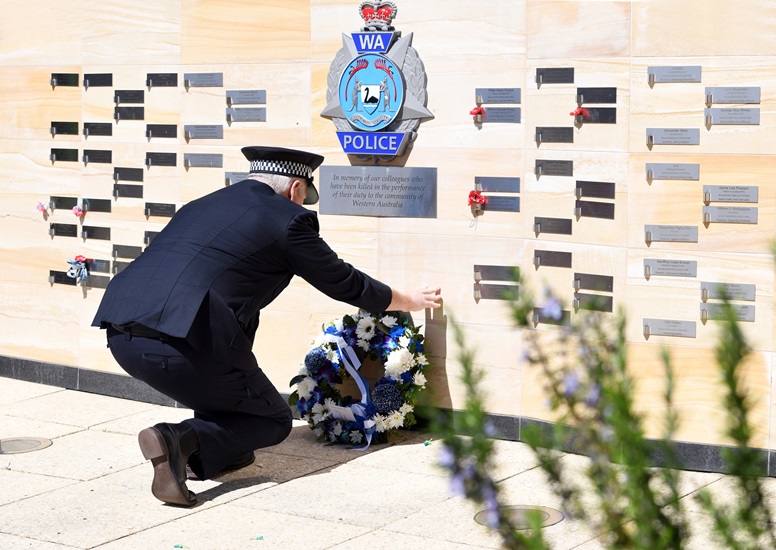 National Police Remembrance Day is marked annually to remember those officers who have given their lives in the line of duty.

On this day, fallen colleagues from Australian State, Territory and Federal Police are honoured and remembered.

The Memorial Wall in the Remembrance Garden at the WA Police Academy contains the names of 87 WA Police Force officers, with none added in the past year.

During this morning’s ceremony at the WA Police Academy, Minister for Police the Hon Paul Papalia CSC MLA acknowledged the dangers officers face when confronting violent and armed offenders, and dealing with those under the influence of alcohol, drugs or mental illness.

“I also thank you for your courage when rescuing people on land or at sea,” he said.

“On Police Remembrance Day we are reminded of the ever present tension between those who uphold the law and those who seek to break it, exposing our police to conflict and confrontation,” he added.