Police call up for Telethon 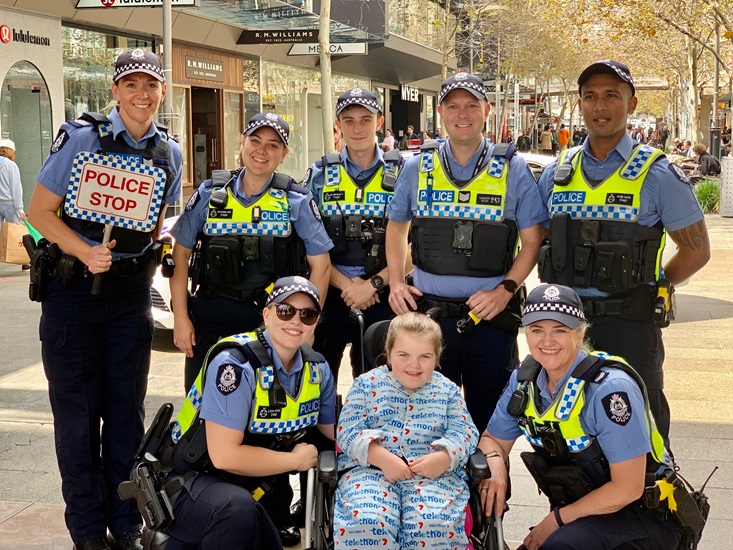 WA Police Force was approached to be a part of the Telethon television commercial to promote the fundraising weekend on October 16 & 17.

A select group of police officers volunteered to step up for Telethon, and play air guitar in the middle of the Murray Street Mall.

One of the two Telethon children featured for 2021 is 8 year old Lucy who has Cerebral Palsy. She was in her Telethon PJ’s and led the charge for the police officers. It was her enthusiasm and infectious smile that won the officers over and set the mood for their task.

As music from the speaker blared morning shoppers began to gather to see what all the fuss was about.

Time and time again the officers played their imaginary guitars until they found rhythm. Then one brave probationary officer stepped forward, and down on one knee - proved he was the air guitar champion.

One officer said “it was an incredible privilege to be involved and the officers were all blown away by Lucy and how amazingly she is. She really made a huge impression on all of us, and we’ll never forget the experience.”

Want a job with more? Being a police officer certainly ticks the box.

Keep an eye out for the WA Police Force cameo, promoting Telethon in the lead up to October 16 & 17.