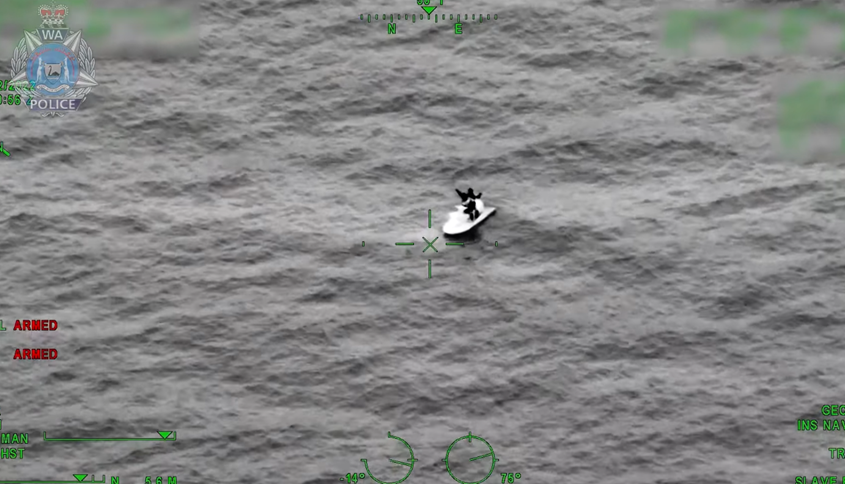 WA Police recently rescued two people off the coast of Port Kennedy after their jet ski had broken down.

Emergency services were notified of the missing couple after a member of the public had found their children, aged 11 and 5, at the Port Kennedy Boat Ramp waiting for their parents to return. Water Police immediately commenced a marine search operation. Resources deployed to the search area included Police Air Wing, Water Police, DFES Marine Rescue Rockingham and several police units from Rockingham, Mandurah and the Regional Operations Group.

With water activity expected to increase this summer, this incident serves as a safety reminder for anyone intending to go out on the water to ensure they are well prepared with all necessary equipment (life jackets, EPIRB’s, flares, navigation systems, etc.) and are licensed and comfortable being out on the water.