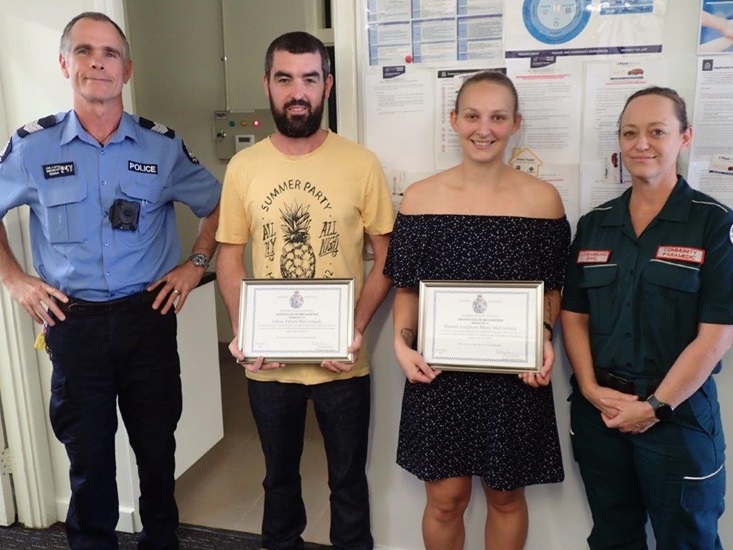 A husband and wife team who were the first on scene at a serious traffic crash near Paraburdoo received Certificates of Recognition recently.

“Last month we held a small ceremony at the Station to present the certificates to Jeffrey and Hannah McCormack who clambered down steep and treacherous terrain, and put themselves at some risk to provide reassurance and first aid to two men,” he  said.

“The  crashed  vehicle  they  happened  upon was billowing smoke after leaving the road and careening down an embankment. The occupants had sustained  significant injuries.”

Emergency services personnel in attendance credited the couple with the men’s survival.