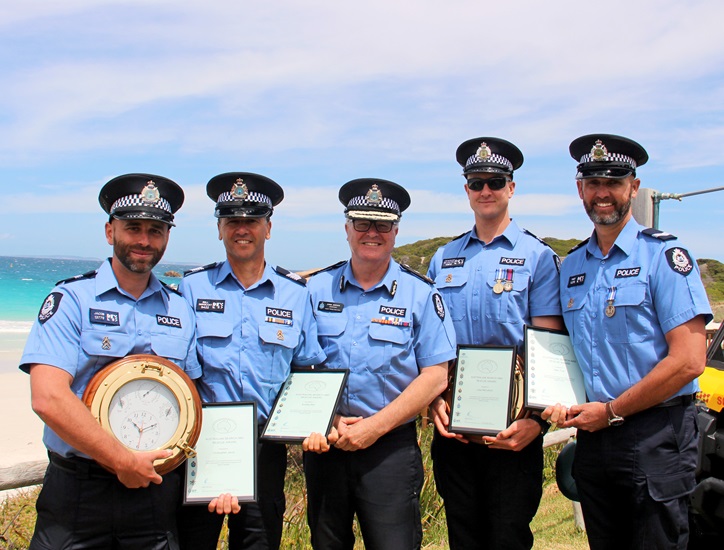 Twilight Beach in Esperance was the location for the presentation of a range of awards last month.

Constable Iain Mack Johnson received a Bravery Award, and Reverend Rob Dummermuth was recognised for his many years of service as a volunteer chaplain.

Esperance Volunteer Marine Rescue Ashley Skinner, Dave MacMahon and Jacob Oversby of the Esperance Surf Lifesaving Club, together with Sgt Bell, SC Trist, SC McCulloch and SC Jacob of the WA Water Police Dive Team were jointly nominated in the professional category of the AMSA National Search and Rescue awards. This was in recognition of a prolonged effort over several days and extreme bravery in the recovery of Eric Birighitti.

The same volunteers and dive team also put their own safety aside to try and bring closure to the family of Esperance local Andrew Sharp.