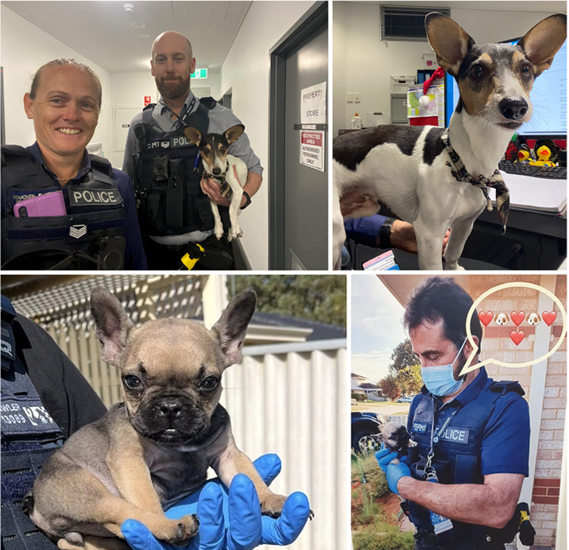 Two recent incidents highlight the commitment WA Police Force officers have to protecting the welfare of all creatures great and small.

Mirrabooka Detectives were quick to respond to a ‘dognapping’ after three offenders forced entry into a premises while armed and took a 10 year-old Jack Russell named Wingnut.

“He was brought back to the office to assist with some paperwork and provide a statement before being returned to his owner - shaken but unharmed.”

Meanwhile Child Abuse Squad officers executed a warrant last week and during their search of the premises encountered an eight week-old French Bulldog puppy which was found to be in a neglected state. Due to concerns about the puppy’s health the RSPCA was contacted and as a result of their advice the tiny fellow was seized.

Detective Senior Constables Andy Kokar and Sharni Lawler arranged for the safe removal of the puppy, which is now destined for a new home.