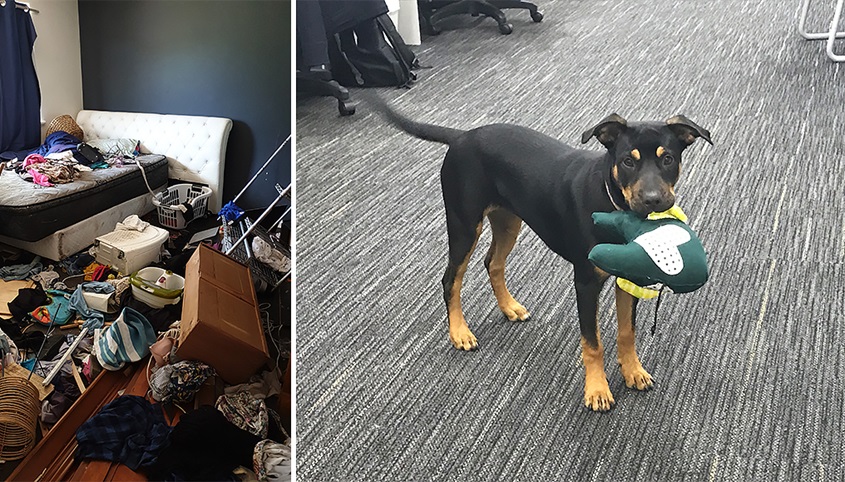 Armadale Family Domestic Violence Team (AFVT) conducted a home visit during the Australia Day long weekend and found the property in question was in an extremely untidy state, with food, clothing and property everywhere.

While speaking to the victim - who was in the process of moving out - officers noticed a six-month old Rottweiler named Audrey. The puppy appeared traumatised, so with the owner’s permission was brought back to the AFVT office where the challenge became to have it taken into care, an impossible task given it was a public holiday. A team member suggested taking the dog home with her as she had the facilities to look after Audrey for a night.

The following day as news spread of the puppy rescue an officer from the Armadale Police Station suggested relocating the puppy in the short term at another officer’s kennels in Canning Vale. The puppy was relocated there to be with a number of other dogs - some of which have similar stories. The owner of the puppy has been advised of the situation and thanked police for taking the worry of the puppy’s well-being away from her as she sorts out her personal affairs.

Audrey has now ‘come out of her shell’ and been inducted as an honorary member of the AFVT. It’s another reminder that family violence affects the whole family - even pets.