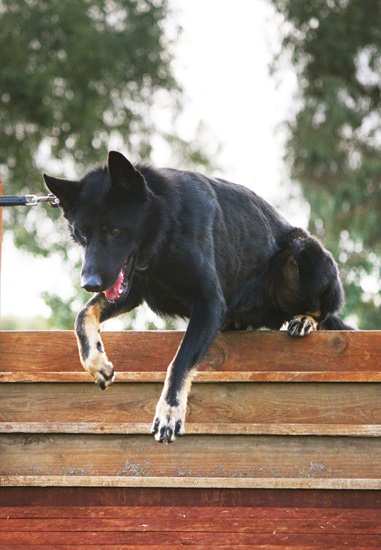 PD Enzo was a German Shepherd born in Victoria before he came to WA Police with his brother PD Ernie in early 2010.

He became a qualified general purpose police dog in 2010 and worked across the metro area with deployments to regional areas. Most of his jobs were arrests for burglaries and car thefts, as well as providing support at out-of-control gatherings and general duties police when attending jobs.

PD Enzo retired in 2016 after suffering a significant injury where he broke his shoulder. He lived a great retirement life with his handler and PD Razor.

He loved swimming in the river in the summer months, trips in the car, lots of walks and playing with his Kongs.