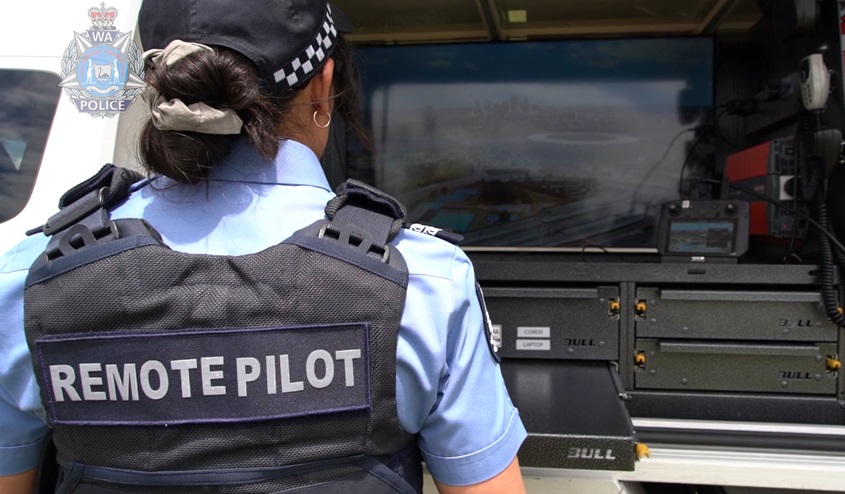 In addition to a team of Remote Pilots at Police Air Wing, the training of police officers in specialist units and Regional WA has resulted in a deployment model which best suits WA’s size, topography and population distribution.

At the completion of the training rollout, four officers and two drones are based in each of the seven RWA districts.

Minister for Police, the Hon Paul Papalia CSC MLA said the significant expansion of the aerial drone capability has provided benefits in search and rescue operations, and is increasingly providing valuable support in a wide range of every-day policing activities.

“At the beginning of the roll-out, we could never have imagined drones would be used to deliver important public safety messages during a pandemic, or that they would be flown inside a collapsed building – however both of those, and other scenarios are real examples of their deployment to date,” he said.

A/Commander Garry Cunningham said drones are able to provide enhanced situational awareness to officers on the ground, particularly during critical incidents, which directly contributes to a higher level of officer safety and they are now an integral part of the support available to frontline officers.

“As our drone assets continue to be deployed to incidents and operations across the State we continue to identify new opportunities and ways for them to contribute towards saving lives and protecting the community,” he said.