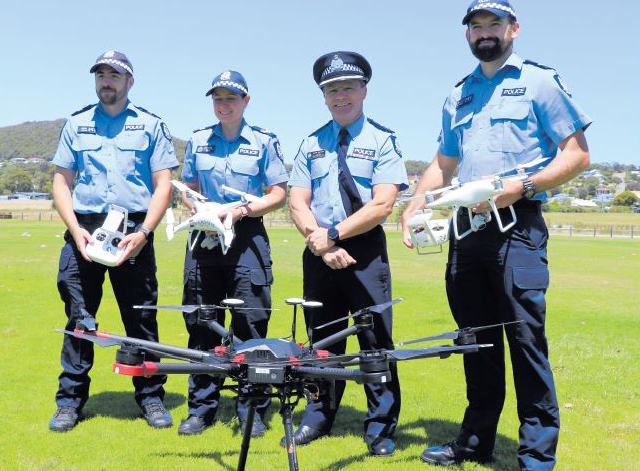 By the end of June each of the seven RWA Districts will have four officers trained to be RPAS Pilots and have two District-based RPAS assets to deploy.

“Being able to locally manage the deployment of air support assets to an emergency will provide local police across the State greater control over their response to emergencies, while more traditional air support assets are sourced and deployed,” he said.

“While each situation will still need to be assessed on a case-by-case basis to ensure the most appropriate air support type is deployed, this change in operational posture means additional options that were previously many hours away will now be more readily available for deployment from within the Districts.

“Police Air Wing has deployed their RPAS assets to emergencies and critical incidents in Regional WA, and the feedback has been overwhelmingly positive in respect to the potential operational benefits they bring – including improved situational awareness for Incident Commanders, greater probability of detection for Land Search Controllers, and improved safety both for officers and other emergency responders on the ground.

“The potential safety benefits have also been identified by Police Air Wing when RPAS assets were deployed for reconnaissance use at planned police operations and public order tasks.

“Seeing RWA Districts being equipped with this latest technology, giving them direct access to those potential operational benefits, is something we wouldn’t have thought possible even just a couple of years ago.”

RPAS assets will not replace the deployment of traditional Police Air Wing aircraft (helicopters and planes), or the sourcing of local search aircraft where needed in RWA.

All police officers who are nominated to be RPAS Pilots are required to complete the same theory and practical assessments as any other commercial RPAS Pilot under the CASA regulations. The deployment of RPAS assets will be carefully monitored and audited by the Chief Remote Pilot.