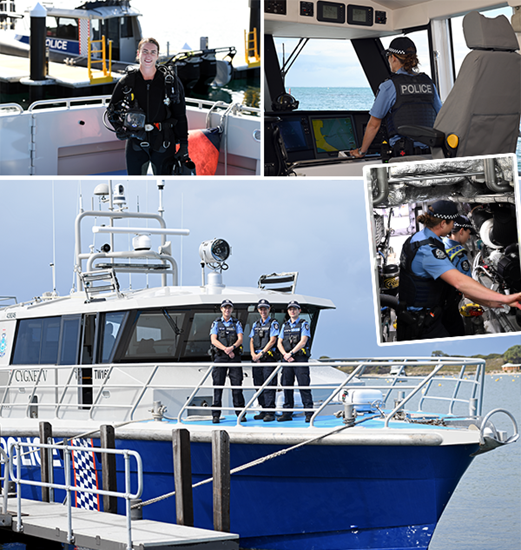 The inaugural International Day for Women in Maritime (IDWM) was held last week.

The intent of the day is to celebrate women in the industry, raise their profile in maritime roles and encourage their participation in what is largely a male-dominated vocation.

“As part of IDWM the Department of Transport hosted a networking event where female leaders in the industry talked about their journey,” she said.

“Infrastructure WA Deputy Chairperson Nicole Lockwood was one of the speakers and said: You will only BE what you can SEE. It’s a reminder to all women in the WA Police Force that you are the potential inspiration for the next generation of female officers – whether you work on land, sea or in the air!”