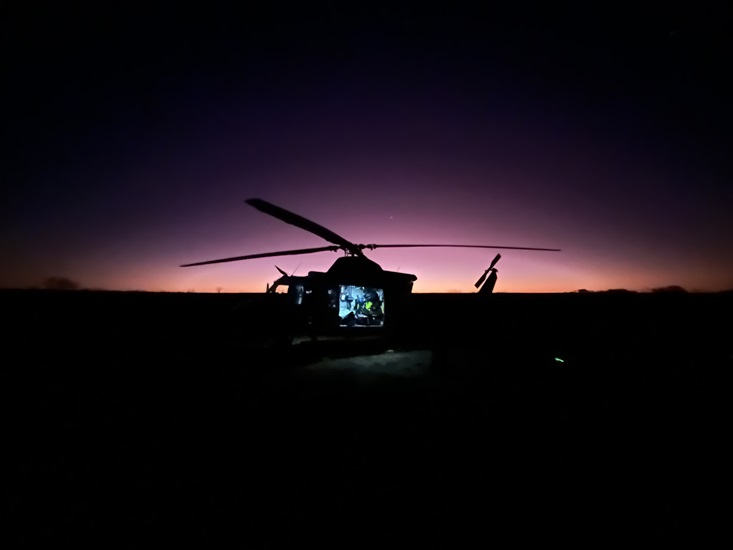 Officers from the Mid West–Gascoyne District successfully coordinated a land search operation for an 80-year-old man who was reported missing late on Friday 19 August about 160km south west of Sandstone.

The man had left home early in the morning to carry out some routine work on his property. A large-scale search operation which included Police Air Wing and specialist trackers from the Tactical Response Group (TRG) was mounted after his vehicle was later found about 10km from the house.

TRG trackers located the man at midday on Sunday around 14km from the vehicle after traversing rough bushland in their search for him.

The man was dehydrated but in good spirits despite having spent two chilly nights out in the elements.

After being provided with initial first aid at the scene he was flown to Geraldton and transferred by ambulance to hospital.

Hear more about how the search unfolded in the video footage below.