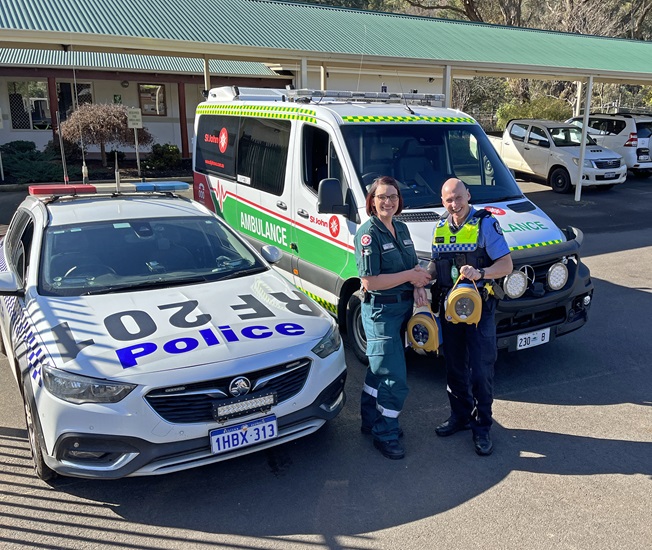 Bridgetown St John Ambulance (SJA) subbranch recently became aware Bridgetown Police do not carry defibrillators in their vehicles and did not have one inside the police station.

Through internal funding Bridgetown SJA purchased three defibrillators and donated them to Bridgetown Police Station. Bridgetown OIC Sergeant Dave White said that while they hope never to have to use the equipment, it’s reassuring to know that through the efforts of their local SJA sub-branch, Bridgetown Police are now equipped to provide the highest level of first aid, particularly in Regional WA where time and distance can be critical factors.

“We have a strong working relationship with Bridgetown SJA along with all other emergency service organisations,” he said.

“Building and maintaining these relationships is extremely important in Regional WA as we rely on support from each other so much, particularly when attending critical incidents.”