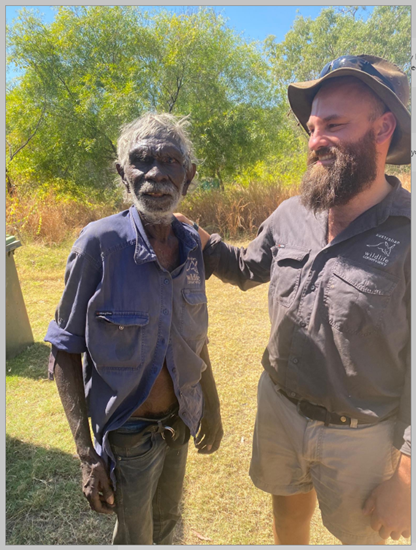 A recent search in remote WA had a successful outcome.

The search centred on 79 year-old Sammy Walker who was reported to have left the Tirralintj Aboriginal Community at around 1am on Tuesday 31 August, although police were notified at midday on Thursday 2 September after family members who had been following his footprints for some 40km were unable to track him any further.

Senior Sergeant Neville Patterson said it was known Mr Walker was familiar with the area and was a skilled bushman capable of living off the land.

“Despite his knowledge of local bush tucker and watering holes, his advanced years, current weather conditions – hot days and cold nights - and the fact he had not told anyone where he was going were cause for real concern,” he said.

“He was said to be active and healthy, but had been becoming more forgetful in recent times.”

“Officers in Tirralintj had spoken to family members about locations Mr Walker was familiar with and the helicopters were deployed to check on these. At the second location they visited he was found - mildly dehydrated, disorientated but otherwise in good health - on Friday morning.

“This was a textbook search (and ultimately rescue) in terms of the high levels of engagement between the Kimberley District and WA Police Emergency Operations Unit. The professionalism shown was without doubt an important factor in a positive outcome being achieved.”