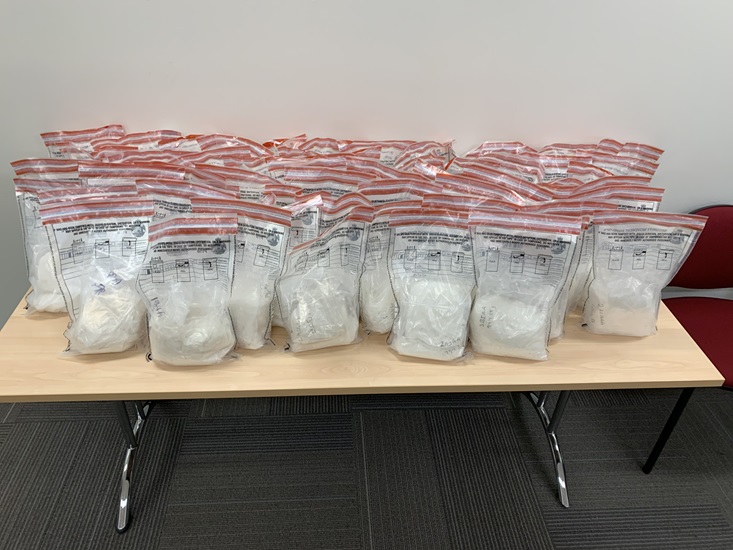 Two recent Organised Crime Squad investigations have resulted in the seizure of 59kg of methylamphetamine and the significant disruption of the cannabis grow house industry in Western Australia.

The unrelated investigations resulted in a string of search warrants across the Metropolitan Region within the past fortnight.

They have appeared in court and are all due to reappear at a later date.

Separate to Operation Trident Coyote, Organised Crime Squad Detectives conducted search warrants on Monday 13 May as part of Taskforce Silverdrift, which was established in 2017 to investigate cannabis grow houses in Western Australia.

Since Taskforce Silverdrift was initiated, Detectives have conducted 193 search warrants which have resulted in charges against 131 people over 291 offences, including 180 charges of cultivate a prohibited plant with intent to sell or supply.

More than 30,000 cannabis plants, 708kg of cannabis head and $1.7 million cash has also been seized as a result of Taskforce Silverdrift investigations.

“These drugs have a serious impact upon our community – including crime in our neighbourhoods, health and mental health systems, and upon the families of those addicted to these harmful drugs.”

“I want to congratulate all the officers involved in these operations, which have prevented a significant amount of drugs entering our community.”

Anyone with information regarding the illicit drug trade is encouraged to contact WA Police Force on 131 444 or Crime Stoppers on 1800 333 000 or report online at www.crimestopperswa.com.au