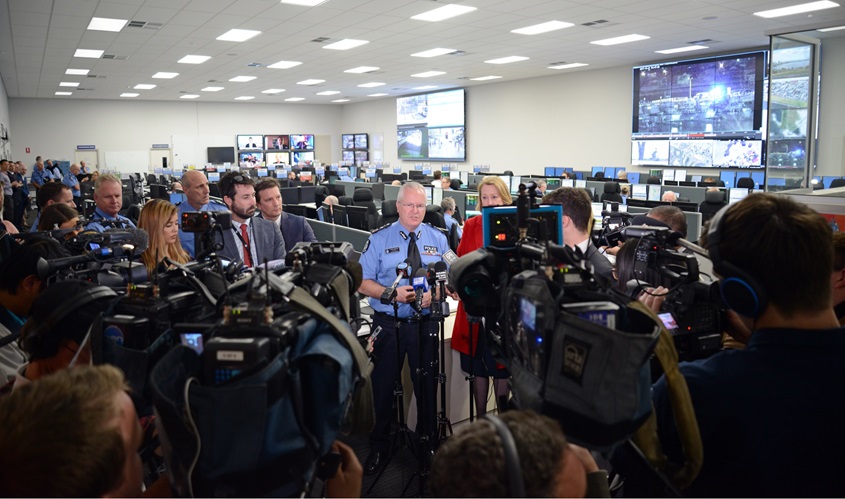 The Western Australia Police Force has established a new State Operations Command Centre (SOCC) to support the expansion to 15 policing districts across the state.

The SOCC is based at the Maylands Incident Control Centre, providing 24/7 oversight of state-wide activity, as part of a new Intelligence and Command portfolio.

Police Commissioner Chris Dawson said the SOCC will have a particular focus on the police response to serious and critical incidents.

“The Command Centre replaces and enhances the functions of the previous State Control Centre and District Control Centres, with all those resources now centralised within one location,” he said.

“This greatly enhances our capacity and efficiencies for critical incident and emergency response, and provides greater opportunities for training our officers on a regular basis.”

“Further, we are building a tactical intelligence capability that will assist officers by capturing and providing real-time information to enhance frontline response,” said Mr Dawson.

“The SOCC will be able to harness systems, agency resources and holdings to contribute to officer safety. This includes optimising the State CCTV strategy, with the ability to access a greater network of footage for preventative and investigative purposes contributing to community safety.”

Minister for Police and Road Safety Michelle Roberts inspected the facility with the Commissioner officers commenced working from the new site. “I welcome the opening of the State Operations Command Centre which will improve response to critical incidents and emergencies within the state,” she said.

“It’s part of Commissioner Dawson’s new vision for policing in Western Australia, an approach aimed at providing the community with a swifter and more effective police response.”

The SOCC officially goes live from Monday 2 July, coinciding with the commencement of the new Fremantle and Mandurah Districts. The remaining Districts of Perth, Midland, Mirrabooka, Joondalup, Armadale and Cannington come into effect from Monday 16 July.

All the details will be published on this website.