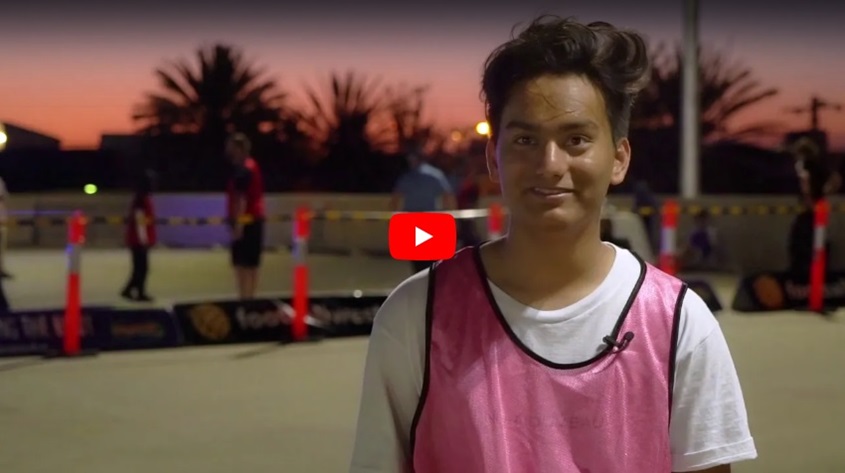 Morley Police have been engaging with youth and diverting them away from crime by working with external partners to deliver a street soccer program.

Football West's video of the program at Morley Galleria.

Morley Sergeant Martin Hopkins said the initiative led to a decrease in calls to police and reported offences, while generating excellent feedback from the community and the stakeholders involved.

“I've been working closely with the Community Engagement Division so asked for their help to deliver a street soccer program at Morley Galleria shopping centre, and in partnership with the centre management, Headspace and Football West this became a reality,” he said.

“I had heard about similar programs being run in Gosnells and Katanning, and thought it could be used to good effect on Thursday nights at the shopping centre. Between 6.30 and 9.30pm on late shopping nights, we have traditionally had issues with stealing both inside the centre and from motor vehicles, young people fighting and general disorder.

The soccer program was promoted on social media and inside the shopping centre, attracting young people to participate knowing that music would be playing and free healthy food would be available thanks to Subway and their ‘Eat Fresh’ campaign.

“Just one example of the program’s impact involved a young boy who turned up to play having been given a juvenile caution for stealing earlier in the day. He was exactly the sort of kid we were trying to entice away from the temptations of the shopping centre to engage with us instead,” Sgt Hopkins said.

“Seeing him interacting with officers positively is a great example of efforts to reduce youth and Aboriginal offending and was a very rewarding outcome of the initiative,” he said.

“Initially some retailers were concerned about allocating parking spaces to the program as they thought it may impact on their bottom line in the build up to Christmas, but they quickly became converts after they saw shoppers and centre staff feeling more at ease with so many young people being kept purposefully occupied.

“Rebel Sport got involved and offered to provide a weekly $25 voucher, awarded to a deserving individual. I called this the ‘Young leader Award’ and it was presented in recognition of contribution to the program rather than goals scored. Many of the young people receiving the award coordinated the attendance of their friends and promoted the program through their community networks, increasing the number of young people we were able to reach.

“Finally, the friendly, relaxed atmosphere which was created made this program something that went beyond crime prevention,” Sgt Hopkins said. “We were able to discuss the importance of school attendance, making good decisions, healthy eating, quitting smoking and mental health support. In other words, this was a holistic engagement opportunity which went way beyond the soccer matches to make a lasting impression on attendees.”

The program ran during November and December and was strongly supported by Football West Development Officers, City of Bayswater and Morley Galleria.