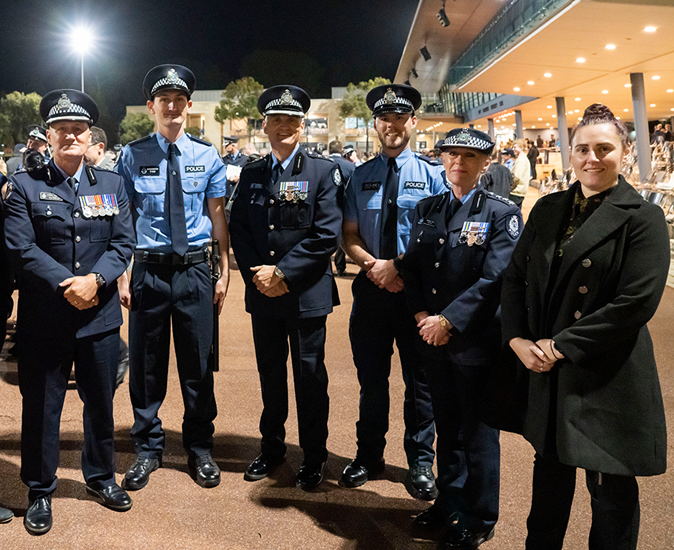 A Perth Family does have ‘blue blood’ running through its veins after clocking up one and half centuries of service with the WA Police Force.

At the recent super grad, one of the 141 probationary constables was Mackenzie Henderson, the eighth in a family procession of police officers to join the agency.

His family has a combined 150 years of service, spanning District and Divisional Offices, Detective units, and stations. “My mum, dad, aunt and uncle have had a huge impact on my choice to join the Force. Seeing them as such leaders in the community, with people coming to them for advice and help, I strive to be like that and I’m really proud I can continue that legacy.”

Having previously worked in custody management at the Perth District and Magistrate Courts, Mackenzie says joining the Force was the logical progression. “I really enjoy working in a team and the bond you get with your workmates while working in such a challenging environment,” he said.

Mackenzie is the son of two police officers, Inspector Andrew Henderson and Senior Constable Trish Henderson (retired), as well as the nephew of Inspectors Tony and Nicole Hill.

His father recently retired from the job and was marched off the parade ground at Mackenzie’s ceremony. After 38 years of service, former Inspector Henderson says having so many family members in the job has been an amazing support base and that support has been invaluable while navigating the challenges of policing.

“I almost think [becoming a police officer] is a ‘calling’ where your personal values seem to align to the agency’s,” he said.

“It’s the idea of helping the community in times of need, supporting victims and standing up to people that want to oppress others that just seems to fit, and the ability to cope with the associated pressures and stress doesn’t hurt either. I think these values and abilities are why many of my family have followed suit and joined.”