The gloves are on 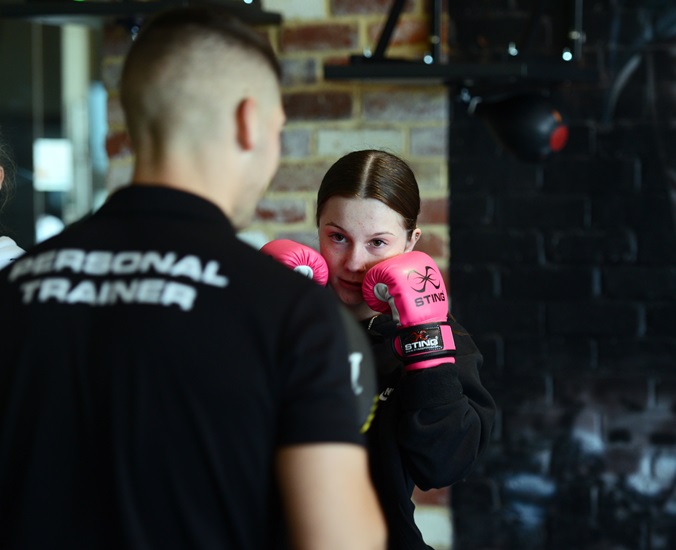 Wanneroo Police, in conjunction with GreenZone Fitness and Danny Green, has established a boxing program which engages at-risk youth.

The program targets young people who are no longer part of the education system due to drug dependency, behavioural  issues,  anxiety  or  bullying. Young  people  are identified to participate in partnership with Alta-1 College, White Lion and Youth Justice.

“The gym and Danny Green are heavily invested in the program,” he said. “We’re being provided with a purpose-built boxing room and a personal trainer. The PT, Danny Green and I train the kids utilising various bag and pad sessions as well as group and one-on-one development.”

Participants  report  gaining  inspiration  from  the  facilities and the high level of engagement by all of the program’s stakeholders, who have a clear focus on each young person’s holistic wellbeing.

Youngsters are rewarded for continuous attendance. After six weeks without missing a session they receive a bag containing their own boxing gloves, hand wraps, drink bottle and gym towel, provided by GreenZone.

Those who commit to the program over the long term have the opportunity to complete a sports scholarship at FIT College. “Danny Green has said he will personally pay for some of these scholarships and the College has stated that they will provide additional free scholarships,” A/S/Sgt Cannon said.

“The  program  has  already  produced  a  number  of  success stories with two youngsters now attending every session  after  essentially  not  leaving  their  bedrooms  in the past two years. Carers are reporting a massive improvement in the mental health of these young people. For others, drug use has stopped. One of the girls has said she would like to become a police officer, and for others engagement with education has resumed. These changes  in  behaviour  have  brought  some  carers  and  teachers to tears.”

Currently 20 young people between the ages of 10-17 are involved in the program.

Watch a short video about the initiative below.