Two helicopters are better than one 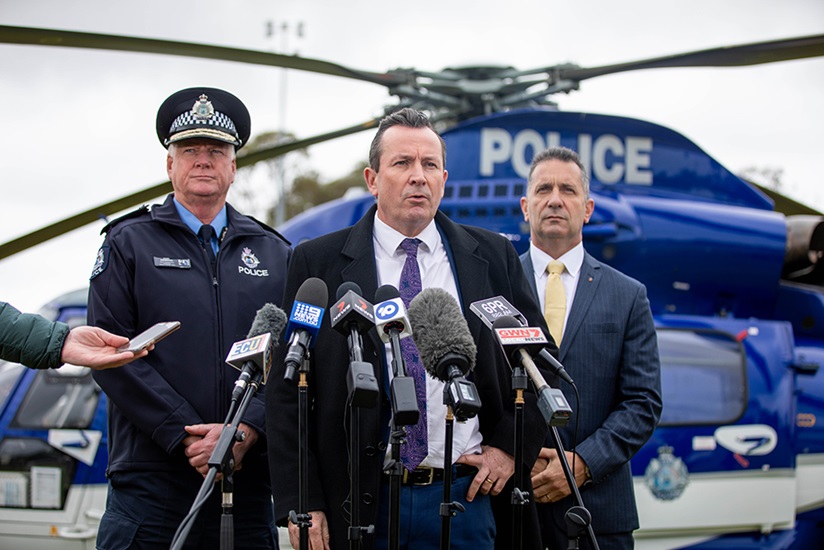 The State Government has announced funding in this year’s State budget for a second police helicopter.

Deputy Commissioner Gary Dreibergs joined the Premier and Police Minister to make the announcement in Rockingham.

Police Airwing and Tactical Response Group Officers provided a demonstration to highlight the capability of police helicopters, including to transport and deploy TRG teams, including fast rope and provide sniper topcover protection.

The $27.5 million commitment will see the Eurocopter Dauphin, which was originally acquired in 2011, replaced, along with $7.6 million for operating and maintenance costs.

The announcement means the McGowan Government is now investing more than $54 million upgrading the Police Air Wing fleet, with delivery of the first new police helicopter (to replace the Kawasaki BK117)- scheduled for next year.

“The new helicopters will boost police capability to respond to emergencies and crime.

“Our police do a terrific job right across the State, and my Government is committed to providing the best and latest equipment to help keep Western Australians safe.

“Our prudent, sensible approach to Budget management means we have the capacity to invest in key services, including equipment like this and the recruitment of hundreds of new police officers.”

“On the ground and in the skies, we’re ensuring our police have a strong presence to keep our community safe.

“These new helicopters will be fitted with the latest avionics equipment and be able to deploy more rapidly than our existing aircraft.

“This is especially important in emergency situations when every second counts.”

“It can’t be understated how important two new helicopters are of the same type, with the most modern technology being provided to our workforce.

“They are a frontline resource that is absolutely critical to our day to day functions and with the addition of the two new helicopters we will have the best air wing in Australia.”