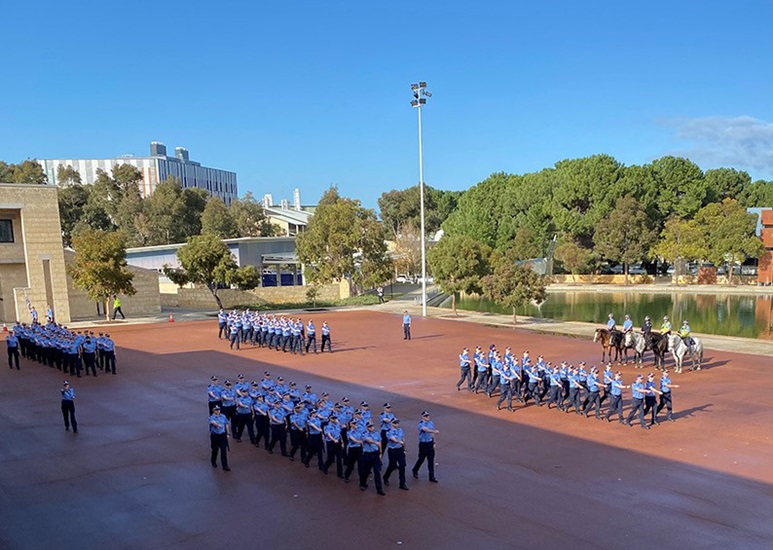 Nine police officers will tonight be recognised for outstanding acts of bravery as 119 recruits graduate from the WA Police Force Academy at the second “supergrad” of 2020.

“Graduation night is an important milestone in any officer’s career which marks the conclusion of 28 weeks of intense training,” Mr Dawson said.

“I vividly remember my own graduation more than three decades ago and the sense of pride I felt on that occasion, and I congratulate tonight’s graduating officers.”

Tonight will also pay tribute to nine officers for their acts of bravery in separate incidents in Regional WA.

Tonight’s graduation is the largest in recent history – the previous biggest involved 117 officers and was conducted last July.

Four squads of officers from Red, Gold, Blue and Grey Squads will graduate, including 78 men and 41 women.

The officers are aged from 19 to 51-years-old. Twenty originate from culturally and linguistically diverse communities, three are of Aboriginal heritage and 14 speak a second language.

A live stream of the event can be viewed on Youtube.