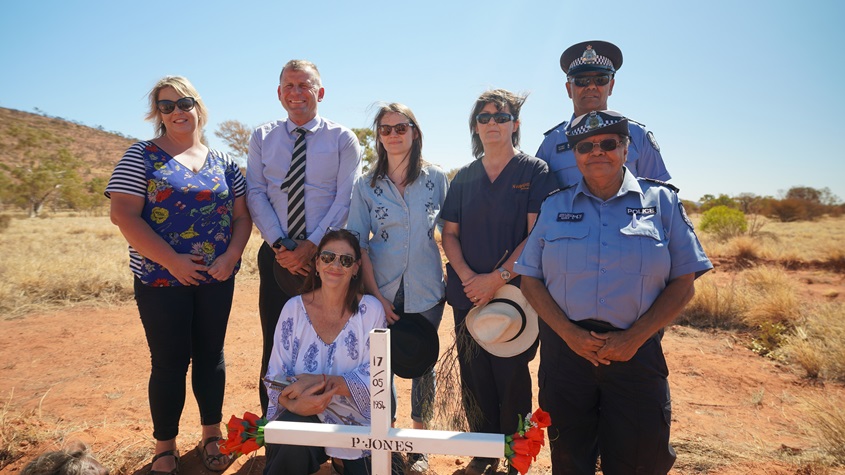 The accidents occurred after a group of 13 motorcycle riders from Victoria and Queensland commenced a recreational tour from Steep Point, Western Australia, to Byron Bay, New South Wales, through the outback on gravel roads.

On 10 June, while travelling along the Great Central Road around 25km west of Warakurna in WA's Goldfields region, 61-year-old Alistair Patterson crashed his motorcycle and was seriously injured. Despite receiving treatment at the Warakurna Medical Centre, Alistair passed away that evening.

The following day, nine riders from the group departed Warakurna. Sixty-five-year-old Philip Jones was seriously injured after crashing his motorcycle at Great Central Road, close to Docker River in the Northern Territory. Despite other riders and passing travellers providing emergency assistance, Philip passed away at the scene.

Community Elder and Educator Daisy Ward initiated an event with Warakurna community members to prevent Alistair and Philips’ spirits from eternally roaming the desert, help provide closure to family members and return the spirits to their families.

“The spirit is waiting, waiting. That’s why we got the families in, so that they could take it back home.

“It forms into the body of the family and protects them,” Ms Ward said. 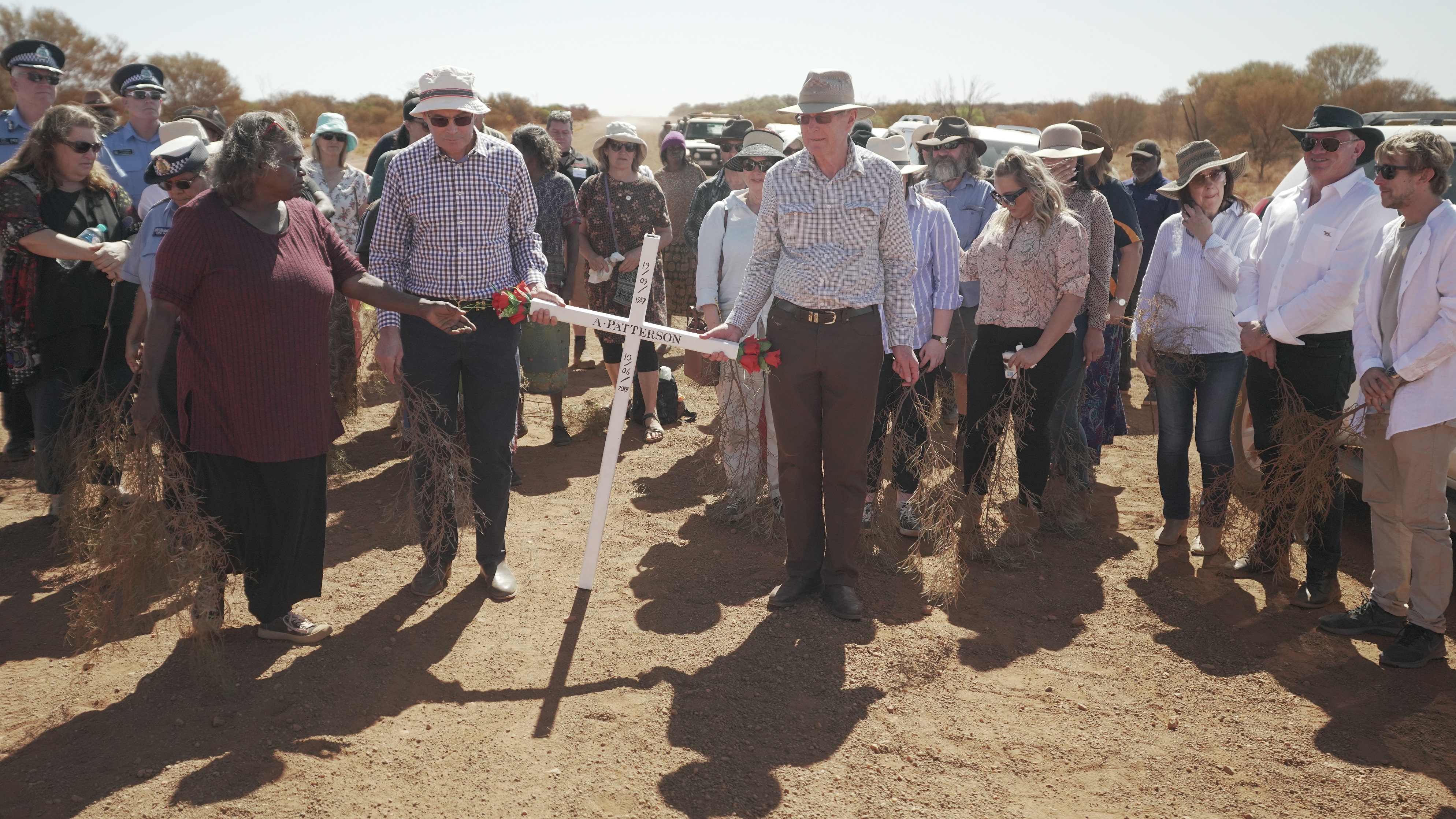 The ceremony was attended by Mr Patterson and Mr Jones’ families and friends, members of the WA Police Force and Warakurna Medical Centre staff.

“The families are so thankful and blown away by the generosity and support given by the Ngaanyatjarra people.”

Karen Jones found the ceremony to be an emotional experience.

“It was powerful and really comforting—we were moved by the whole thing,” she said.

In gratitude to the community, the Jones family donated school supplies, sporting goods and clothing items to children in Warakurna.

Major Crash Investigation Section attended both crash sites and will report the circumstances of the deaths to the Coroner. They will continue to liaise with and support the affected families.

Thank you to the Ngaanyatjarra people for granting the WA Police Force permission to film the ceremony. 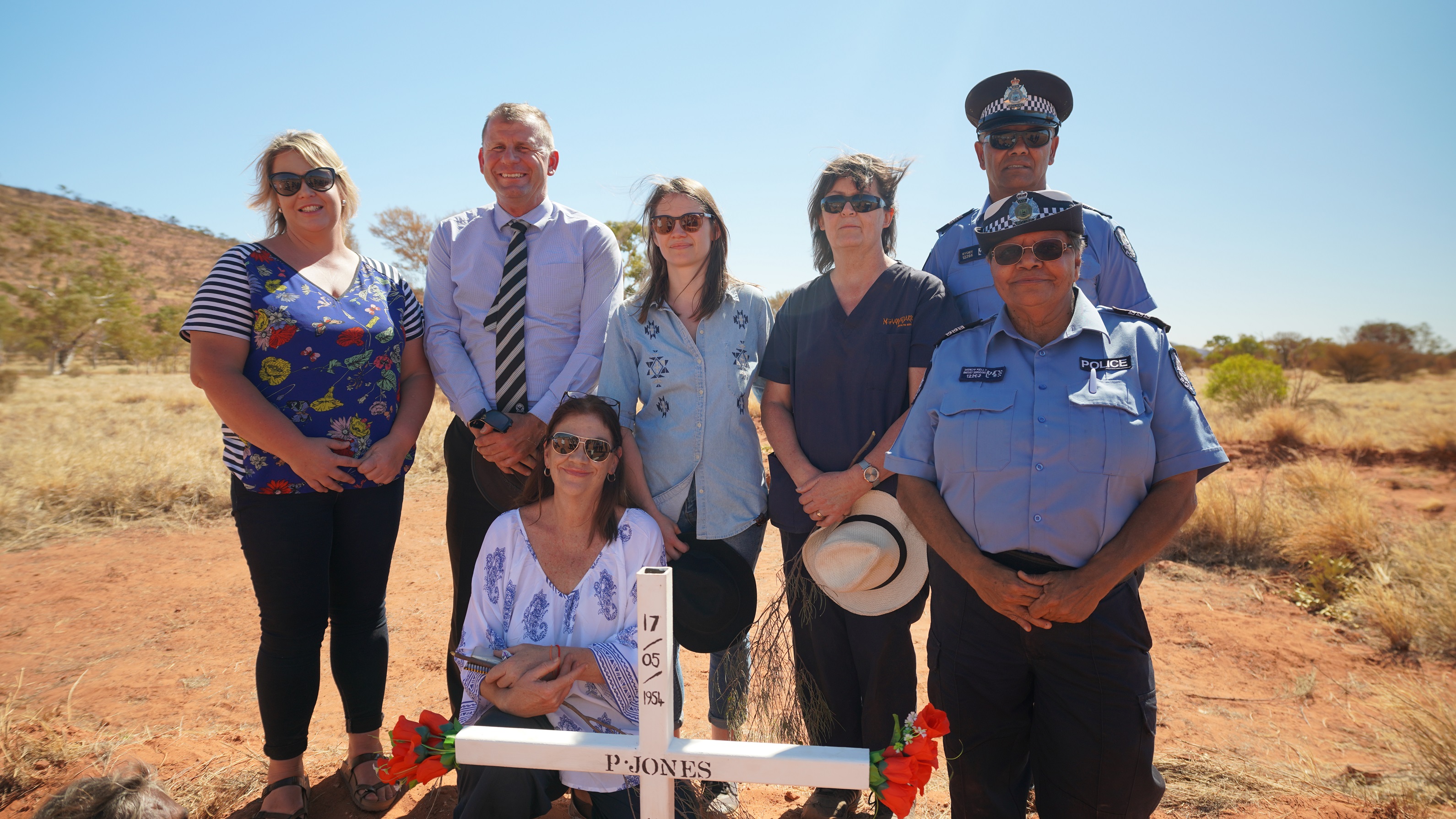